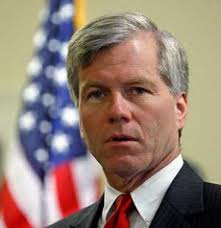 Governor Bob McDonnell has done it again. He's decided that playing politics is more important that the health and lives of hundreds of thousands of Virginians. On July 10, 2012, the Governor released a statement that he plans to take the "wait and see" approach to implementing one of the most important provisions of the Affordable Care Act, the Medicaid expansion, which will provide coverage to at least 325,000 Virginians. Why would he do this? Because he's hoping that come November, the law will be repealed.

The Affordable Care Act is here to stay. Will you click here to tell Gov. McDonnell that you want him to stop delaying an implement the Medicaid expansion?

Virginia can't afford to waste time. A delay in implementing the Medicaid expansion is bad for Virginia. People without health care coverage end up using hospitals to provide care, often after the problem has become more costly to manage than it would have been to prevent. Virginia hospitals will still be forced to provide services without pay to those who would be eligible under the expansion, passing on the cost to insured Virginians. In addition, a delay or failure to implement the expansion will cause health care providers, like doctors and pharmacies, to miss out on millions of dollars of revenue that expanding coverage will provide.

Tell the Governor we need Medicaid expansion and that it is good for Virginia.

The federal government has agreed to pay 100% of the cost of this expansion until 2016, and only after that time will states be gradually required to pay any of the costs, and then only up to 10% total liability for Virginia in 2020. If Virginia opts out, Virginians will still be paying federal taxes to cover the costs of expansion in other states. Governor McDonnell cites rising Medicaid costs as his reasoning behind waiting to implement this expansion but fails to acknowledge that the ACA will ultimately reduce costs.

Virginia Organizing is outraged that Governor McDonnell would put his political ambition over the health and lives of the hundreds of thousands of Virginians who need help now. This kind of posturing is offensive and, quite frankly, ridiculous. We hope you will stand with us to call on the Governor to come to his senses, stop playing political games, and implement the Medicaid expansion and the state run health exchange. Click here to tell Bob McDonnell: "Stop putting your politics over the health and lives of Virginians!"