Home » The Issues » Health Care » The Affordable Care in Virginia: Get the Facts

The Affordable Care in Virginia: Get the Facts 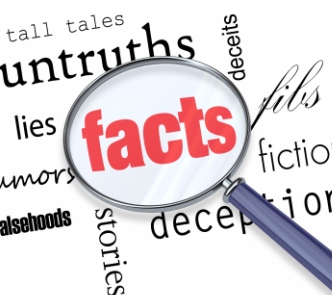 The Affordable Care Act (ACA) is the new health care law that provides benefits like consumer protections against insurance companies, free cancer screenings to seniors in Medicare and tax credits to small businesses to purchase coverage for their employees.  More than 1 million Virginians are already benefiting from the new law.

But on March 26, just three days after the ACA’s 2nd birthday, opponents will try to convince the Supreme Court to overturn the new law. Virginians could lose all the benefits and protections they’ve gained under the ACA if the Supreme Court decides to roll back the law and turn control of our health care back to the insurance companies.

Here’s what we could lose if the Supreme Court strikes down the law:

·       Beginning in 2014, insurers will no longer be able to deny adults coverage or charge them higher premiums because of pre-existing conditions. In Virginia, this will protect the more than one in four adults (1.3 million people) who have been diagnosed with pre-existing conditions that could result in denials of coverage in the individual market.[i]

·       Insurers will no longer be able to charge higher premiums based on gender or health status. Currently, each and every one of Virginia’s most popular insurance plans charges a 40-year-old, non-smoking woman more for coverage than a 40-year-old, non-smoking man. Thanks to the new law, charging people more based on gender or health status will be made illegal in 2014.[ii]

·      Virginians have been paying more for coverage and getting less. Insurers will finally be required to spend at least 80% of every premium dollar on actual medical care rather than salaries, profits, and marketing.

·       Uninsured Virginians will be able to gain coverage through a competitive marketplace called an “exchange.” By forcing insurance companies to compete, exchanges will drive down costs, guarantee choice, and put consumers in control.

·       People with moderate incomes (for example, a family of four making up to about $90,000) will get tax credits to help with the cost of health insurance through these new exchanges. In Virginia, about 669,300 people will be eligible for these new tax credits in 2014.[iii]

·       These tax credits currently cover up to 35 percent of the cost of coverage, and the maximum value of these credits will increase to 50 percent in 2014.

Financial Security and Stability for Seniors and People With Disabilities

·       In addition, many seniors and people with disabilities who rely on Medicare now get more help with the cost of prescription drugs. In 2010, 84,300 Virginians got a rebate check for their prescription drugs thanks to the Affordable Care Act.[viii]

·       In 2011, a similar number received even larger discounts on their prescriptions—an average of $600 per person and up to $1,084 per person—when they were in the Part D coverage gap known as the “doughnut hole.”[ix]

Financial Security and Stability for Individuals and Families

·       The new law limits what families must spend on health care out of their own pockets (on co-payments, deductibles, etc.) each year. In 2011, 330,900 Virginians were in families that spent more than these new caps.[x] Thanks to the Affordable Care Act, these families will be protected from catastrophic health care costs.

·       In addition, insurers will no longer be able to put yearly or lifetime limits on how much they will pay for care.

·       Thanks to these new protections, along with measures that will reduce the growth in health care costs, the Affordable Care Act will make Virginia’s families better off. By 2019, each Virginia household will be an average of $1,305 better off.[xi]

[i]Estimates based on pre-existing conditions diagnosed or treated in 2007, prepared by The Lewin Group for Families USA, op. cit.

[v]Estimates prepared by The Lewin Group for Families USA. Data are on file with Families USA. More details are available upon request.

[ix]Centers for Medicare and Medicaid Services, 3.5 Million in Medicare Saved More than $2.1 Billion on Prescription Drugs in the Donut Hole in 2011, available online at  http://www.cms.gov/apps/media/press/factsheet.asp?Counter=4257&intNumPerPage=10&checkDate=&checkKey=&srchType=1&numDays=3500&srchOpt=0&srch       Data=&keywordType=All&chkNewsType=6&intPage=&showAll=&pYear=&year=&desc=&cboOrder=date, accessed on February 22, 2012.