A used car salesman, a Wall Street banker and a payday lender walk into a bar. If the bartender is anything like most Americans, that payday lender might have a tough time getting a drink.

No One Likes Payday Lenders

According to a new poll, conducted by GBA Strategies on behalf of Americans for Financial Reform, the Center for Responsible Lending, the National Council of La Raza, and the National Association for the Advancement of Colored People, just 3 percent of registered voters have a favorable opinion of payday lenders. Yes, even used car salesmen and Wall Street banks are more well-liked than payday lenders. 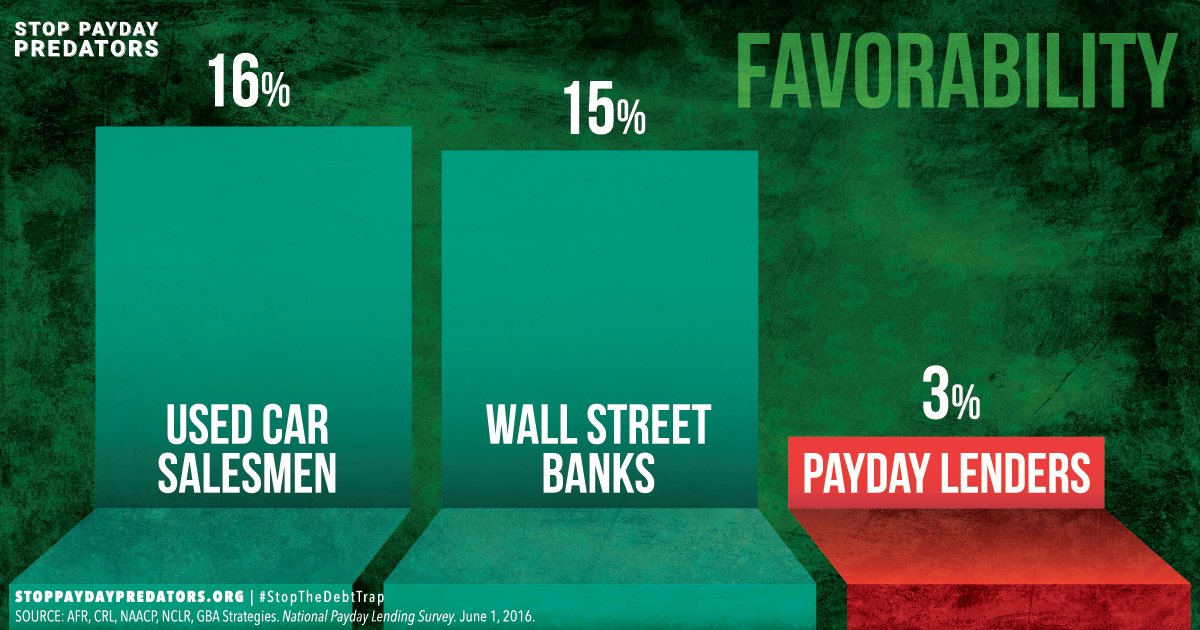 The public’s disdain for payday lending shouldn’t be too surprising. The entire business model of payday lending is based on trapping people in cycles of debt that they cannot escape, all the while forcing them to pay exorbitant fees and interest rates. Even used car salesmen aren’t so predatory.

Given the public’s strongly negative views of payday lending, it should also come as no surprise that they think the government should do more to regulate the industry. And indeed, fully 71 percent of Americans support additional government regulation of payday lenders. 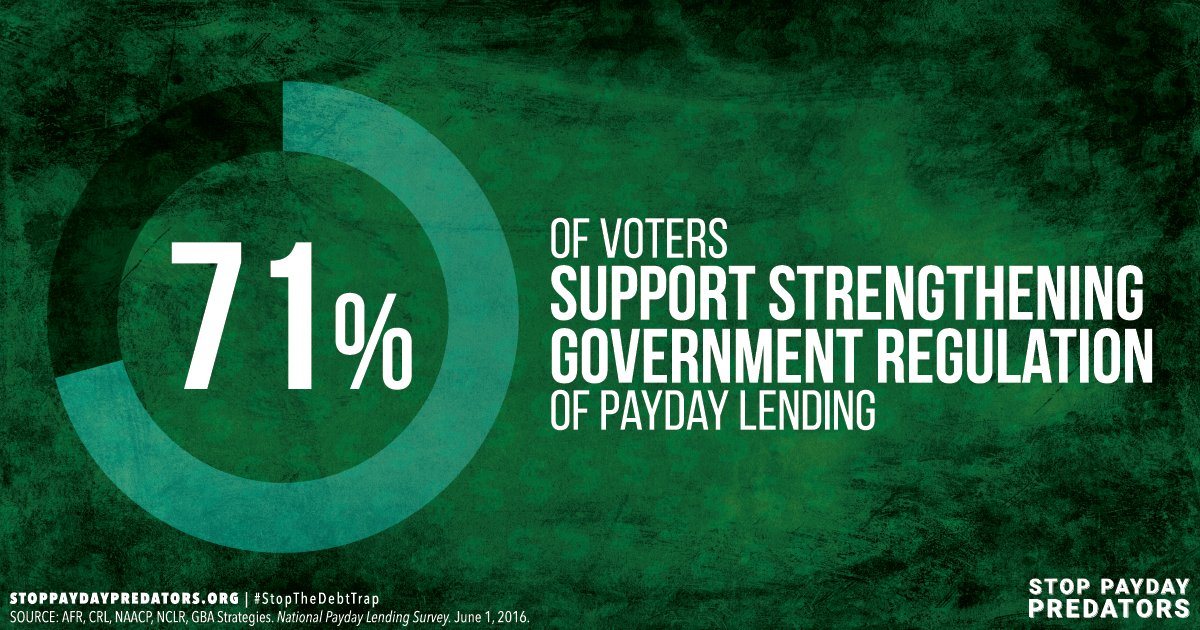 Support for more regulation of payday loans cuts across all demographic groups, geographic areas, ages, and political identifications. And three out of four people who actually have direct experience with payday loans — either because they themselves used one or a family member or close friend did — support additional regulations of the payday industry.