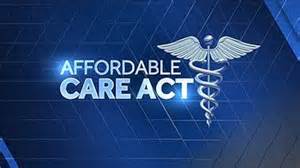 According to new research published on Thursday, extending Medicaid coverage to additional low-income Americans encourages them to go to the ER more frequently. As part of a larger study that’s examining the impact of Oregon’s 2008 Medicaid expansion, researchers compared the people in that state who gained public health coverage with the people who remained uninsured — and found that the first group made 40 percent more trips to emergency departments.

The findings have sparked concerns about the implications for the health reform law, which includes a large expansion of Medicaid for Americans above 138 percent of the federal poverty line. Expanding Medicaid is frequently touted as a cost-saving policy, in the hopes that providing more people with access to insurance will cut down on unnecessary, uncompensated ER visits. Now, critics are claiming that the study “exposes another Obamacare falsehood.”

They’re wrong. Rather than arguing against Medicaid expansion, the results actually underscore the importance of continuing to invest in providing efficient health services to people in Medicaid and the larger newly insured population. Here’s why:

1. Experts in the health industry aren’t surprised by these findings.

Uninsured people have typically put off medical care because they couldn’t afford it, so providing them with health care will encourage them to use that coverage and seek medical attention. Indeed, the Oregon study found that participants’ use of health services increased across the board — in addition to making more ER visits, the people who gained Medicaid also went to the doctor’s office and used prescription drug services more frequently.

“Why do they go to the emergency rooms first? Because old habits are hard to change. In the past, they’ve always been able to go to an emergency department, so initially that’s where people return to, because prior to this they didn’t have access,” Washington state emergency medicine physician Stephen Anderson told ThinkProgress. “Anybody that’s followed the progress of the last 15 years or so shouldn’t be surprised by these findings. If you look at the initial rollout in Canada, if you look at the initial rollout in Massachusetts, there was pretty much across the board increased use of emergency services when the programs first went into effect.”

Other emergency physicians echo Anderson’s point, emphasizing that health care providers have to educate patients on the proper use of the ER. “It’s not like you win the lottery, and a primary-care provider runs out with roses and starts checking your blood pressure,” Emily Carrier, an emergency physician who wasn’t involved in the study, explained to the Wall Street Journal. “It takes time to get to know them and learn how to use the health-care system differently.”

2. Emergency room visits do tend to increase after an initial coverage expansion, but that increase isn’t permanent.

A 2012 study examining the effect of insurance on emergency room visits in Massachusetts found that while visits increased immediately after the state enacted universal coverage, reform ultimately “reduced ER usage by between 5 and 8 percent, nearly all of which is accounted for by a reduction in non-urgent visits that could be treated in alternative settings.”

The same thing is happening in Oregon, which received a Medicaid waiver in 2012 to begin “treating thousands of patients through provider networks called coordinated-care organizations.” The state began focusing on using prevention and coordination of health care issues to reduce overall costs, encouraging people who turn up in the emergency room to “get their health care from regular doctors instead.” Early data shows that the experiment has been a success: Emergency room visits by people served by CCOs decreased by 9 percentfrom 2011 and emergency room spending is down 18 percent from 2011. What’s more, CCOs “reduced hospital admissions for congestive heart failure by 29 percent, chronic obstructive pulmonary disease by 28 percent and adult asthma by 14 percent.”

But since the Oregon study only looks at emergency department use for newly-eligible Medicaid beneficiaries over the first 18 months, it may not have had a chance to document these long-term shifts in policy reform and patient behavior.

3. The Affordable Care Act includes other provisions to help steer the newly insured away from the ER.

Surveys of emergency room patients have found that the most common self-reported reason for ER visits is “lack of access to primary care,” so increased access to primary care centers can discourage people from visiting emergency rooms. Health care reform is trying to address that issue by strengthening the nation’s primary care foundation “through enhanced reimbursement rates for providers and the use of innovative delivery models such as patient-centered medical homes.” Since not all health care providers accept Medicaid coverage, and not all Americans live in an area with a wide range of medical options, the law invests $11 billion in Community Health Centers. $9.5 billion is designated as operational support to sustain, improve and expand existing community health centers, allowing them to serve more patients. Unfortunately, some of these funds were slashed during a 2011 budget deal with Republicans and cut even further under sequestration.

4. States have to keep investing in their health care infrastructure, too.

Ultimately, nobody likes to visit emergency rooms for their basic health care needs, but providing individuals with insurance won’t immediately solve the larger issues of health disparities and low-income Americans’ barriers to participating in the health industry.

Stephen Anderson — who’s also the spokesperson of the year for the American College of Emergency Physicians — explained that the federal government and private insurers could do a better job of informing the newly-insured population about how to access primary care, while hospitals must focus on routing emergency room patients into primary care and help steer high-utilizers into more appropriate care centers. Moreover, “every state needs to attend to making sure that they’re paying providers adequately and that they have adequate resources like community health centers,” Washington and Lee professor Tim Jost added. “I don’t think this argues against Medicaid expansion, it simply argues in favor of trying to find reasonable ways of providing services to people in Medicaid.”