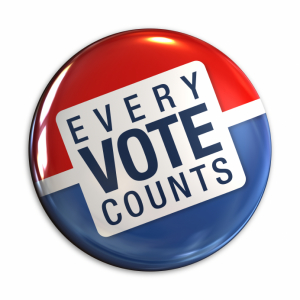 We have an important election every year in Virginia, and 2015 is no exception. On November 3, 2015, we will elect every single seat in the Virginia General Assembly.

Here are some of the things the Virginia General Assembly controls:

On Tuesday, November 3, you have a chance to exercise your constitutional right and raise your voice! Please remember that you must take a qualifying photo ID with you to the polls. Click here for more information on how to vote in-person or absentee, including what information you will need to have.

There are some very important elections that can be decided by just a few votes. In 2013, Attorney General Mark Herring won his election by 165 votes out of more than 2.2 million votes cast. Attorney General Herring has since gone on to fight for marriage equality, against predatory lending, for immigration reform, and more.

The last time that all seats for the Virginia General Assembly (which includes the House of Delegates and the Senate) were up for election, only 28.61 percent of eligible voters showed up at the polls.

Let’s show our General Assembly leaders that Virginians care about what happens in the capitol. Let’s VOTE!