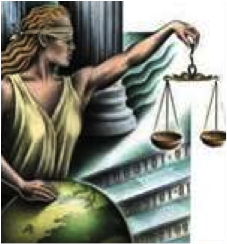 Is justice color blind? Over two million people are held in federal and state prisons and jails in the United States. According to a newly released U.S. Census Report, 67% of the people incarcerated in the U.S. are people of color—41% of whom are African American. As of April 2010, 51.5% of prisoners in federal prisons are incarcerated for drug related offenses, and about 20% of state prisoners are jailed for drug offenses.

A challenge in Black and White. . .

This factsheet was written by Ginny Downie of Fredericksburg for her website www.justthoughtyoushouldknow.org