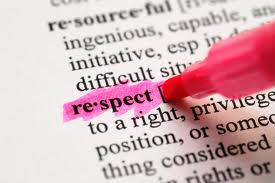 Throughout my eight week-long internship to educate senior citizens about the importance of protecting Social Security, I’ve had a number of conversations with older Americans that are totally unrelated to Social Security or politics. Mainly they’ve been about my pregnancy. I’m now 31 weeks pregnant and have been getting bigger by the week for the entire internship.

I cannot count how many older women have said to me “you’re having a boy, aren’t you?” Sure enough, I am carrying my second child, a boy. Why is this important? I think that this kind of perception is one of the things that is so special and valuable about senior citizens. The wisdom and kindness so many seniors have shared with me is the reason why Virginia Organizing’s work to protect Social Security is so important. Seniors have knowledge that can only come with age. It can’t be learned in school. It can only be learned by living. We need to make sure that we give seniors the respect they deserve and continue to provide them with the kind of living they deserve through the promise made between the government and the people—Social Security.

As the internship draws to a close, I am struck by how important and timely this work is. Many of us working on this project were glad to hear that the August 2nd debt-ceiling crisis was averted with a deal that did NOT include cuts to social security. But there were certainly cuts to other programs that affect vulnerable populations, and so the news was bittersweet.

On that Tuesday, August 2nd, I had two presentations—one at a senior center in Swords Creek, VA and one at Town Hall in Appalachia, VA. Many of the folks at these presentations were relieved to hear that their Social Security checks would be arriving the next day, as usual, with no delays. But they all also understood that although Social Security was not touched in this particular bill, it would again be coming under attack in the months to come. A 12 person congressional super committee is now tasked with coming up with $1.5 trillion more in cuts by November. I worry that the 12 legislators who are chosen will once again bring up cutting—or privatizing—Social Security as a way to reduce the deficit

There is nothing more infuriating to me than this since Social Security does not add a single dime to the federal debt. Social Security is intentional set up as a separate account and is designed to pay for itself through payroll taxes. In the months to come, I won’t be letting go of this important work on Social Security. I’ll be encouraging friends, neighbors, and relatives to call Senator Warner and Senator Webb and tell them that protecting the livelihood of many of the nation’s older Americans lies in their hands. I hope you will join me in calling on our members of Congress to stand up for Social Security and give older Americans the respect they deserve.

Julie Shepherd Powell is an intern with the Virginia Organizing Social Security summer program. This summer in Southwest, VA, you can find Julie giving daily presentations on the future of Social Security.