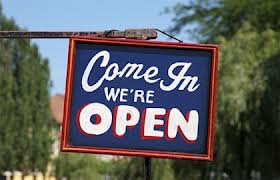 Governor McDonnell is deciding right now whether or not he will implement health care reform in Virginia. Please click here to email the governor and ask him to enact the law so Virginians receive the full benefit. The most important issue for small business is that Virginia set up a Health Benefits Exchange, but fully implementing health care reform goes beyond that.

On the day after the election, the Governor announced that Virginia would not do a Health Benefits Exchange (HBE). The next day, the Obama Administration announced that it was giving states until December 14 to decide if they will do a HBE in 2014. Statements from the Governor’s office suggest that he is reconsidering, but still leaning against the HBE. If Virginia chooses not to set up a HBE, the Federal government will set one up for Virginians. We believe that a state-run HBE is better for Virginia’s small businesses than a federal HBE. Virginia also has the option of letting the federal government run the HBE for a year and then setting up a state-run HBE in 2015.

Here in Virginia, we are working to set up meetings with members of the General Assembly to express our support for a state-run health benefits exchange. We are doing many of these meetings with allies.  You may be asked to attend a meeting that an allied group or VMSA has set up.

Saturday, November 24 is SMALL BUSINESS SATURDAY. Last year, over one hundred million people came together to Shop Small in their communities on Small Business Saturday. The website www.americanexpress.com/us/small-business/Shop-Small/ provides tools for small businesses to take advantage of this day, including free online advertising.

A potentially big fight is brewing in DC over the so-called “Fiscal Cliff." We are close to our debt ceiling again, several tax cuts are set to expire at the end of the year and “sequestration” (the automatic budget cuts agreed to last year) will take effect January 1. There is the possibility that Congress may make some huge decisions in its session in December.

When VMSA surveyed small business people about support for the HBE, over 80% of small business people support the idea of the Health Benefit Exchange.  You can see the full survey at http://www.virginia-organizing.org/content/report-making-health-care-work-virginia%E2%80%99s-small-businesses