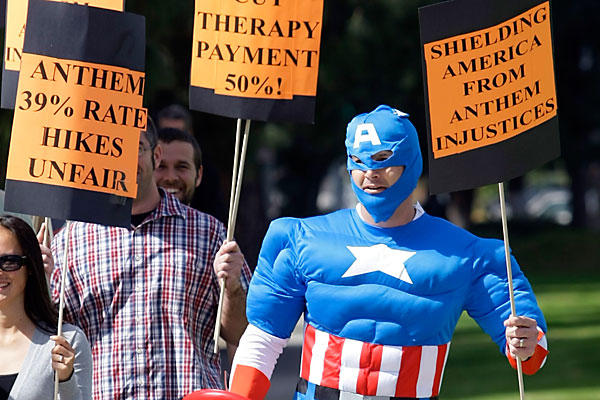 Active purchaser model defeated at VHRI, we think.  It appears that the Virginia Health Reform Initiative voted down having an “active purchaser” model for the health benefit exchange in Virginia.   The confusion exists because, despite the term “active purchaser” being heavily used in their written material and in previous discussions, the VHRI decided the issue without ever using those words.  Even some members of the VHRI itself were unclear whether the issue had been decided.  Official minutes from the meeting will soon be available at http://www.hhr.virginia.gov/Initiatives/HealthReform/ and a formal report is due to the governor by October 1.  There will probably be legislation in the General Assembly next year on this issue.

Next steps on health care reform are still not clear.  Several allies are talking about taking this fight into the General Assembly next year.  The leadership team of the VMSA will need to discuss this strategy during its next conference call in October.

The VHRI issued three more reports on health care at the September 9 meeting.  One was a survey of small businesses.  These three reports, along with all previous reports can be found at http://www.hhr.virginia.gov/Initiatives/HealthReform/

This fall the entire Virginia General Assembly is up for election.  The last day to register to vote is October 17 and election day is November 8.

At the University of Richmond, multiple options exist for small businesses seeking assistance. First, formal internships (paid and/or unpaid) with an undergraduate can be explored through the Career Development Center. Second, it is possible that a MBA student may be able to assist with a longer-term project. Third, some professors are open to enabling students within their classes to become involved in assisting businesses as a part of coursework. For more information, please email a description of your business, and in what areas you’d like assistance, to Dr. Jeff Pollack at jpollack@richmond.edu.

The federal government is taking comments now on draft regulations on health care reform.  The Alliance for a Just Society is asking folks to send in comments urging the regulations to deal with language and economic disparities.  See http://allianceforajustsociety.org/ for more information.