Home » Community Voices » Virginia Organizing community leaders from Lynchburg, Hampton, and Newport News were in Richmond on February 7, 2019 to talk to legislators!

Virginia Organizing community leaders from Lynchburg, Hampton, and Newport News were in Richmond on February 7, 2019 to talk to legislators! 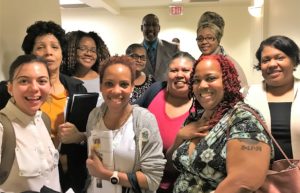 Leaders of the Lynchburg Chapter of Virginia Organizing met with state Senator Steve Newman in Richmond today. They discussed problems with school suspensions. 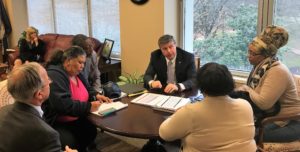 Delegate Lamont Bagby stopped in the hall to take a picture with them. 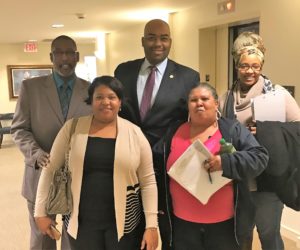 And finally they met with state Senator Mark Peake. They discussed concerns about the education system. 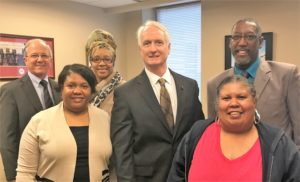 The group from Hampton and Newport News met with Senator Mamie Locke. She committed to voting against HB2260 which would allow for catastrophic health care plans to be sold in Virginia. We oppose this bill because it would allow insurance companies to sell people very poor quality plans. 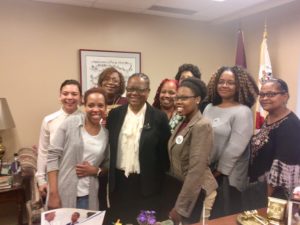