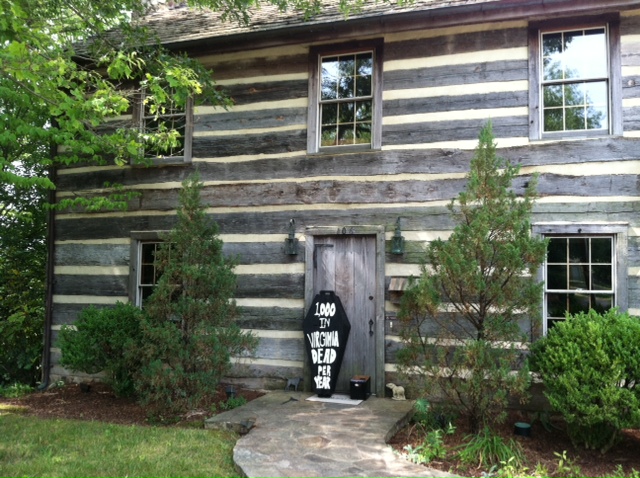 About 80 people showed up in Fredericksburg this morning to march across the Falmouth Bridge to House Speaker Bill Howell’s office to seek support for Medicaid expansion for adults.

The General Assembly has refused to support the expansion.

The group left a small, wooden box in the shape of a coffin on the front stoop of Howell’s law office in Falmouth shortly after 10 a.m. today. The black coffin was painted with the message: “1,000 in Virginia dead per year.” Beside the black coffin, they also left a box with post cards in support of the expansion and were to have left a petition signed by about 4,500 supporters.

Virginia Organizing describes itself as a “non-partisan statewide grassroots organization.” However, Ray Scher, a Caroline County resident and member of the Fredericksburg area chapter, called the members “progressives.”