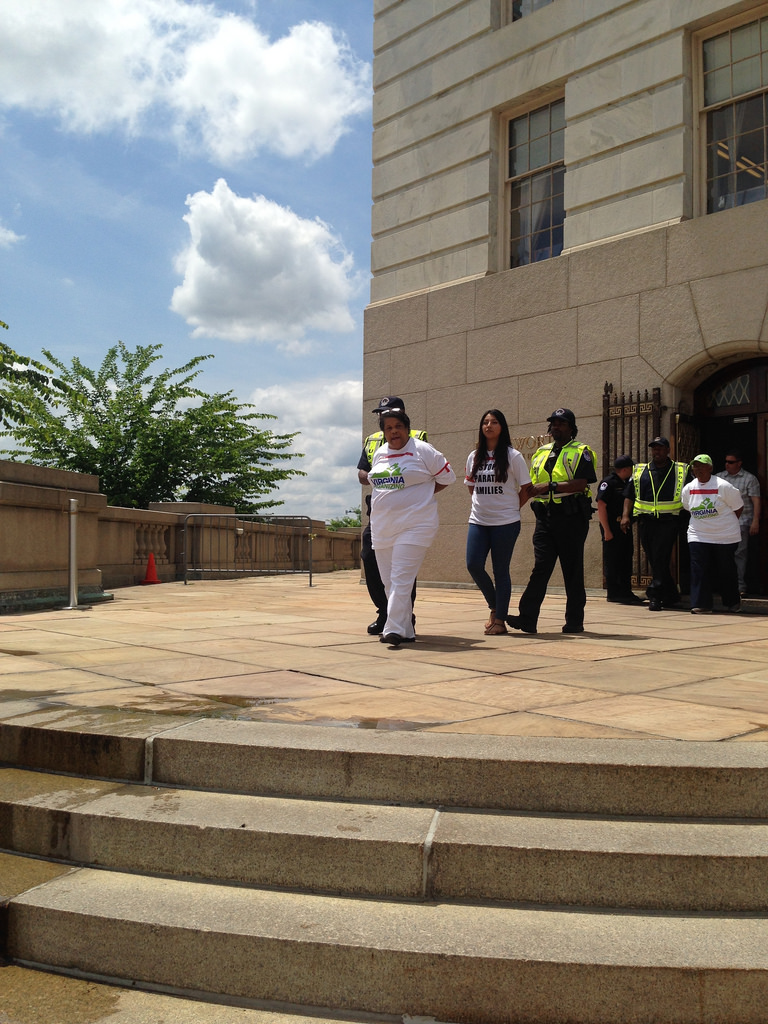 Five Virginia Organizing leaders, including two State Governing Board members, were arrested at Speaker of the U.S. House of Representatives John Boehner’s office today while taking a stand in support of immigration reform. Kate Rosenfield of Charlottesville was among those arrested.

“There are so many immigrant families living and working in the United States and supporting this nation doing jobs no one else will do,” said Rosenfield. “I was arrested today taking a stand for families being torn apart because Speaker Boehner refuses to even allow a vote on immigration reform bills that are ready for the House floor and would keep families together.”

“For nearly two years, House leadership has ignored letters, phone calls, emails, and other communications,” said VirginiaOrganizing Vice-Chairperson Ladelle McWhorter. “Today, we are here to show Speaker Boehner, House leadership and the rest of Congress that we are not backing down from immigration reform. In keeping with the history of civil disobedience in the fight for civil rights, Virginians are willing to be arrested to stand for justice for all people.”

Most recently, under Speaker Boehner’s leadership, the House of Representatives blocked a bill from being voted on that would have allowed undocumented young people serving in the military a path to earn their citizenship.

“In the shifting political landscape, it is more important than ever before that Speaker Boehner lead the House of Representatives on this important public policy,” said McWhorter. “Virginia Organizing will not rest until comprehensiveimmigration reform with a path to citizenship is achieved. We cannot leave millions of people who are already living and working in the U.S. out in the cold while playing politics with their lives.”