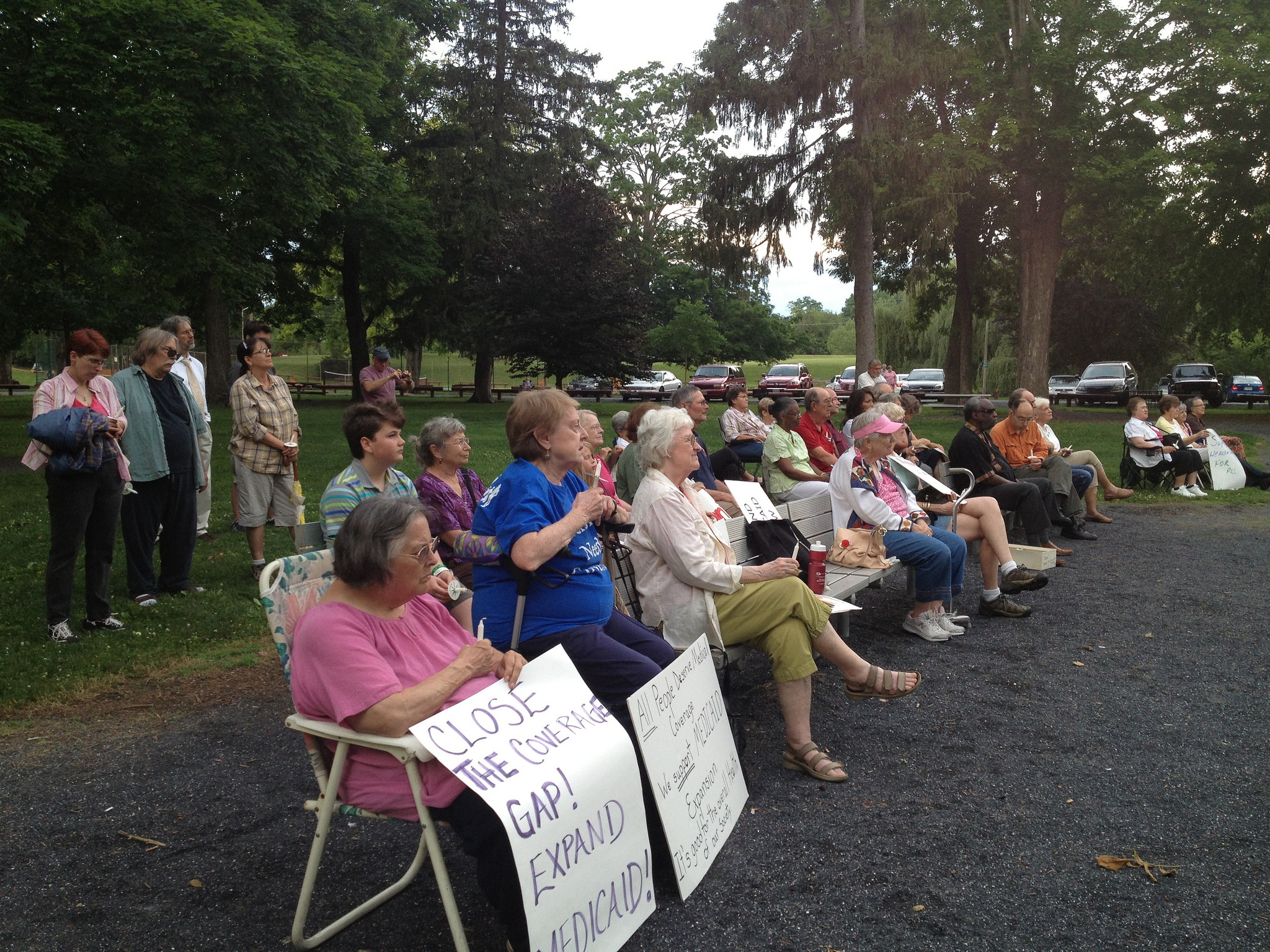 The struggle over Medicaid expansion in Virginia has had many twists and turns, but it is continuing.  Recent events in the struggle include a budget crisis, the controversial resignation of a state senator, a few vetoes, and some interesting parliamentary rulings on vetoes.  After all is said and done the struggle goes on, with the governor currently saying he will have a plan for Medicaid expansion by September.  Opponents of expansion in the General Assembly will also weigh in with a special session starting on September18. Small business folks can continue to have an input by contacting legislators and by writing letters to the editors of local and regional papers.  Letters to the editor do influence legislators and they also help educate the public.   (see http://virginiageneralassembly.gov/ for details on legislators)

Last week, two different federal appeals courts issued opposite opinions about the Affordable Care Act.  At issue is a drafting error in the law that, at one point in the 1,000-page law, says tax support for health insurance is issued by “exchanges operated by the states.”   One court ruled that the tax support (the subsidies) for health insurance policies in states that have a federal exchange (like Virginia) are illegal.  Other than the one drafting error the rest of the law seems clear and the entire congressional debate seems to assume tax support from both federal and state exchanges.  The issue may eventually end up at the Supreme Court.

“About 105,000 consumers in Virginia are receiving a total of $8.9 million in refunds from their health insurance plans under a provision of the Affordable Care Act. The refunds, which average $148 per family, were announced this week by the federal government. Consumers are getting the payments this summer through a part of the health care law that requires insurers to spend at least 80 percent of the money they collect in premiums on patient care.”

There is a federal income tax credit for small businesses that provide health insurance for their employees.  The credit will carry over into the future if it is not all used in one year.  IRS form 8941 contains information: http://www.irs.gov/pub/irs-pdf/i8941.pdf

Elections will be on Tuesday, November 4.  The last day to register to vote or to apply for a photo ID through the local registrar’s office isOctober 14.  A new law requires every voter in Virginia to have a photo ID.  A Virginia Drivers License is an acceptable form of ID.  An employer issued photo ID will also be acceptable if it is issued “in the normal course of business.”  Most importantly, each local election office will provide a photo ID to registered voters that do not have another valid ID.  More information is available at http://sbe.virginia.gov/

Virginia Organizing’s Grassroots Gathering will be held the weekend of September 5-7 in Blackstone, Virginia, west of Petersburg.  The gathering will bring together community leaders from across the state.  There will be lots of workshops and opportunities to learn about organizing on a variety of issues.  Learn more or register by visiting http://www.eventbrite.com/e/grassroots-gathering-2014-tickets-11803451441

Virginia Organizing is doing an Adbook for the Grassroots Gathering in September.  Ad prices start at $125.  This is a great way to support the group that provides these updates.  Contact Bob Becker at 804-937-0752 if you would like more details.