Virginians Return to DC for 50th Anniversary of ‘March on Washington’ 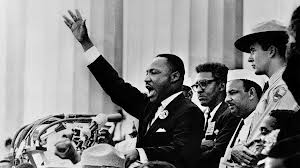 RICHMOND, Va. – In 1963, when David Hoover was just 12 years old, he was one of a handful of black students at what was then a recently desegregated school in Richmond. He endured abuse from people in his community, but felt hopeful when he attended the civil rights "March on Washington" with some of his relatives.

Even so, Hoover said, there's still more work to be done.

"In '63, we went up mostly as a result of some of the things that had been happening to us here in the city of Richmond," he said. "And now, we are concerned about all the things that are on the table – voting rights, these 'stand by your ground' laws in some places, which we hope don't come to Virginia."

Hoover said he's also very concerned about the impact of gun violence in urban areas – and about some politicians who he said want to "turn back the clock."

Hoover said he hopes today's celebration on the National Mall of Dr. Martin Luther King Jr.'s "I have a Dream" speech will inspire a new generation of young people to try to improve their own lives and their communities.

"There are just too many people in our urban areas who are entering into adulthood, they're just unprepared to be adults," he said. "There's a lot of things that are connected with the 'dream' that still have to be accomplished."

A minister with Amazing Grace Community Church in Norfolk, Hoover will join other local faith leaders today in Washington.

Click here to view this story on the Public News Service RSS site and access an audio version of this and other stories: http://www.publicnewsservice.org/index.php?/content/article/34208-1