Home » The Issues » Civic Engagement » What is Del. Marshall thinking?

What is Del. Marshall thinking? 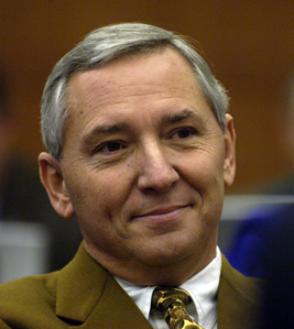 The following letter to the editor was published in the Danville Register and Bee and was writen by Viriginia Organizing leader Maxine Jackson:

What is Del. Marshall thinking?

As Danville’s schools face a projected $5 million shortfall with school closings under consideration, it leaves me to wonder what Del. Danny Marshall, R-Danville, is up to in Richmond. The school system’s budget shortfall can largely be attributed to state budget cuts; which Marshall has a say on.

Yet, instead of fighting for our kids and our jobs, Marshall is busy introducing legislation designed to make it harder to vote. Marshall’s voter ID bill (HB 569) would make it harder for seniors, young adults and minorities to vote by taking away their right to sign a sworn statement and cast a regular ballot if they do not have photo ID. Twenty-five percent of African American voting-age citizens do not have photo ID. In Virginia, Marshall’s bill would mean disenfranchising 260,000 African-American voters.

Proponents of this type of legislation claim that it eliminates voter fraud. The problem with that argument is that there is no evidence of widespread voter fraud in Virginia. Marshall’s bill is simply a solution in search of a problem. And our delegate’s “solution” to a problem that does not exist could cost us millions.

As other states have found out, there is a significant cost to those voter ID laws. Missouri estimated its costs for a proposed photo ID law at $6 million for the first year and $4 million per year thereafter. That alone is enough to close the education budget shortfall for Danville. And with two million more residents than Missouri, Virginia would incur even more expense.

Marshall’s pursuit of voter ID legislation comes at a time when Southside residents are struggling to keep schools open shows he is out of touch with the priorities of his constituents.

I urge Marshall to stay focused on issues that matter, like jobs and education, and leave our vote alone.