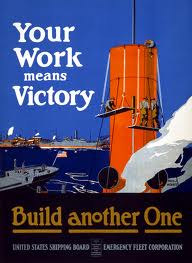 We are celebrating a big victory today at the General Assembly! State legislators rejected almost all of the anti-immigrant laws proposed in the State Senate Courts of Justice immigration subcommittee this afternoon. Thank you to all the Virginia Organizing supporters who made calls, sent emails, showed up at events and spoke out against these anti-immigrant bills. Your work paid off and your voice was heard.

Over the last several weeks we have spoke out against a slew of anti-immigrant laws moving through the General Assembly. We joined the Virginians United for Immigrants' Rights Coaltion and also held six events to draw attention to this bad legislation. We stood up against Arizona-style legislation requiring local law enforcement to ascertain the immigration status of those arrested and taken into custody and legislation barring undocumented workers from attending university in Virginia, among many other harmful and useless bills. And we won!

The subcommittee room was packed with supporters ready to speak out against the legislation.