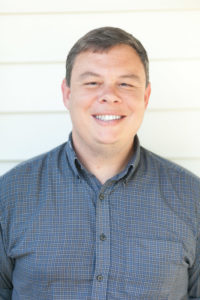 We want to share with you the great news that Brian Johns officially became the Executive Director of Virginia Organizing effective January 1, 2018.

Brian has been with us for a long time!  He started as an intern with Virginia Organizing in 1999, was hired as an Organizer in 2001, and became the Organizing Director in 2010.  After spending the last eight years in the southwest Virginia field office in Abingdon, he relocated to the Charlottesville office this summer.

We want to thank Joe Szakos for his leadership as Executive Director since 1995. Joe will take a well-earned sabbatical in 2018 (February – August), celebrating 40 years of grassroots community organizing.  Joe has committed to return to the Charlottesville office to fulfill any role at Virginia Organizing that the State Governing Board has for him after his sabbatical.

We are excited by Brian’s experience and enthusiasm and look forward to working with him to continue to build more strategic organizing capacity!  This transition is the result of the board’s Strategic Growth Committee’s work over the last several years.

Please join me in congratulating Brian — he can be reached at bjohns@virginia-organizing.org