Home » The Issues » Health Care » Commentary: House health care plan is nothing more than a Band-Aid

Commentary: House health care plan is nothing more than a Band-Aid 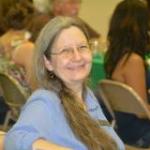 Originally posted in the Free Lance-Star on February 12, 2015.

Several years ago, I was unemployed and slipped and fell on some ice. I went to a wonderful free clinic in Southwest Virginia and was able to see a doctor, something I would not have been able to do without those free clinics. But the free clinics are very limited as to what they can do. You can see a doctor, but if you need more tests or you need to see a specialist, the folks at the free clinic have to try to find other doctors to provide charity care — which is not always easy. In my case, the doctor referred me to an emergency room to get an X–ray. They sent me back to the free clinic and told me my arm was broken. After more shuffling around, I was able to get a cast — and a $1,500 bill from the emergency room that I could not pay.

The Virginia House of Delegates released its plan for health care for those who cannot afford it — fund more free clinics and community resources and ignore Medicaid expansion. It bothers me when politicians in Richmond try to fix real systemic problems with Band–Aid ideas. The “fix” for incomplete health care is not to pour more money into the free clinics without addressing the underlying causes of why people have to use free clinics in the first place.

We know that about 400,000 people will get health care insurance if Virginia expands Medicaid. We know that most of the 400,000 are people who are working. We know that it will create jobs, hospitals will be in a better financial position to serve the communities, and individuals will get access to all the tests and doctors they need without having to bargain and negotiate and hope someone has time to take them on without getting paid.

We also know that free clinics would be helped by Medicaid expansion because they may be able to transition to accept Medicaid and get reimbursed for some of the excellent care they are providing to an under-served population.

Virginians are already paying for Medicaid expansion with our federal tax dollars. If we don’t use it for expansion, we don’t get to use it for something else. Virginia either gets our money back by expanding Medicaid and covering the uninsured or we lose it and keep hardworking Virginians in the coverage gap.

In addition to paying for Medicaid expansion and not getting any benefit from it, Virginians are now going to be asked to pay to increase funding to free clinics and other community health resources. Don’t get me wrong, funding for these resources is a good thing, but it is not the comprehensive health care solution we need, especially in a time when we are trying to figure out how we will balance the state’s budget.

These are real people who pay their taxes and work long hours to provide services to Virginians and take care of their families. These are people who just want to be able to see a doctor and get an X–ray when they need it—maybe even benefit from having preventive care like physicals and well-woman visits so they can detect health issues early instead of when they become an emergency.

The problem is that politicians are so against “Obamacare” that they can’t even see the objective benefits of a program like Medicaid expansion. The hospitals, business groups, advocacy organizations, and we regular people all know that we need this. Our elected officials are supposed to represent our best interests, but they seem to be so concerned about the extremists who hate anything to do with Obamacare that they ignore the real needs of the people.

I want to challenge our elected officials to do better. Let’s stop ignoring the needs of the people in favor of ridiculous proposals that increase the tax burden of Virginians.

Denise Smith is a resident of Rocky Gap. She is a State Governing Board member for Virginia Organizing, a nonpartisan statewide grass-roots organization.