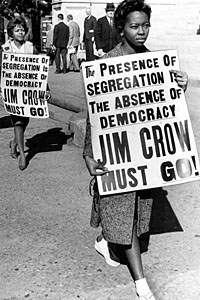 The following letter was publish in the Roanoke Times

The partisan politics practiced by Attorney General Ken Cuccinelli and Gov. Bob McDonnell never ceases to amaze me. Now they want to do away with the strongest component of the Voting Rights Act of 1965, preclearance, in Virginia.

Anyone with an understanding of this law can see that their actions have nothing to do with how much we have progressed in race relations, but everything to do with redistricting and their attempts to gerrymander and dilute voters in certain areas of the state.

Proponents of doing away with preclearance cite the fact Virginia voted for a black president as proof we have progressed. Equating this as proof that the state has progressed on its own in protecting the fundamental voting rights of racial and minority groups is absurd. In reality, preclearance has prevented Virginia from backsliding into another, modern-day era of Jim Crow.

As recently as 2006, Congress held weeks of hearings about preclearance and concluded that, while progress had been substantial, it wasn't enough to justify allowing the provision to expire. The governor and attorney general need to stop playing partisan politics and represent all the people of Virginia.

Denise Smith is a Virginia Organizing State Governing Board Member