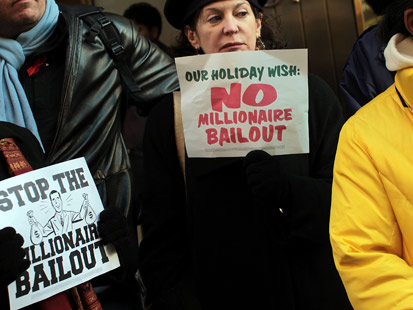 The New York City Council's new Progressive Caucus has developed an interesting proposal in the wake of the historic agreement between the President and the Republican Congressional leadership to extend the Bush tax cuts at the top. The proposal calls for the state of New York to impose a temporary income tax surcharge to recapture for New York the "windfall" high income New York filers will be receiving.

We estimated the proposal would generate $8.1 billion annually. The Progressive Caucus proposes that the proceeds be evenly divided three ways, between New York State, New

York City, and other local governments and school districts around the state. We estimate that more than half of the projected proceeds from this surtax are generated in New York City.

Here's the link to the Progressive Caucus proposal:

Here's a link to a piece on The Nation's website about the proposal by Council Member Brad Lander, co-founder on the Progressive Caucus.