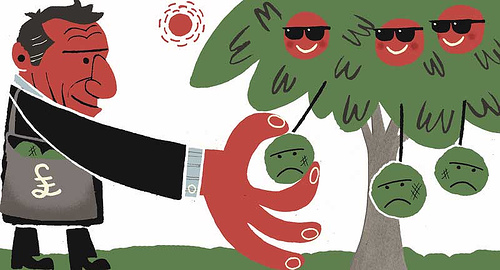 As you read this, the latest news in Washington describes the drama of the debt ceiling negotiations.   The national media is focused on this political horse race, but seems not to be describing the consequences of some of the proposals being floated around.

In catching the occasional cable news program (which I am increasingly finding a correlation to raising my blood pressure), I hear the oft repeated phrase, “we must reform entitlements!”  The pundits are referring to the costs of Social Security and Medicare, and seem to cavalierly dismiss any notion that cuts to these programs will actually hurt the most vulnerable of Americans.  I do not support changing Medicare to a voucher program, but I do support reforming Medicare – so long as those reforms lower costs AND improve the health of Americans.

In some of my previous writing, I opined that allowing Medicare to directly negotiate drug prices could save billions every year on drug costs.   Tighter regulation or increased taxation of tobacco can cut health costs or increased revenues, and would be feasible politically.   And when I decided to solicit your opinions, some suggested advanced directives for Medicare beneficiaries, streamlining the coordination of care for dual eligibles, and liability protection for doctors who practice evidenced-based care.

The leadership of Doctors for America recently visited several lawmakers on Capitol Hill. The resounding message we got: Congress is not hearing from Doctors about the cuts proposed to Medicare and Medicaid.  We must not let this silence persist.  Please visit our Innovate, Don’t Amputate petition and submit your personal ideas, which we will then carry directly to those decision makers who are currently negotiating how to change the way Americans receive their health insurance.

Robert Berenson of the Urban Institute uses the perfect phrase: “low hanging fruit.”  In this brief interview he discusses examining communities with Medicare expenditures far above expectations, thinking before putting a defibrillator in every American, and other ideas.  To Mr. Berenson’s point, a great deal can be learned from the writings of Atul Gawande on McAllen, Texas and subsequent follow ups on that study a few years later.  I hope you can take the time to read the links in this paragraph especially – my take home point is that physicians truly have the power to help Medicare find a more fiscally sustainable path.  My experiences in Washington tell me that physicians have immense unused power to influence legislation, as well.

To see an interview of Robert Berenson with Kaiser Health News, visit: http://bcove.me/lu2snlkg