Ten Things You Should Know About Medicaid In Virginia 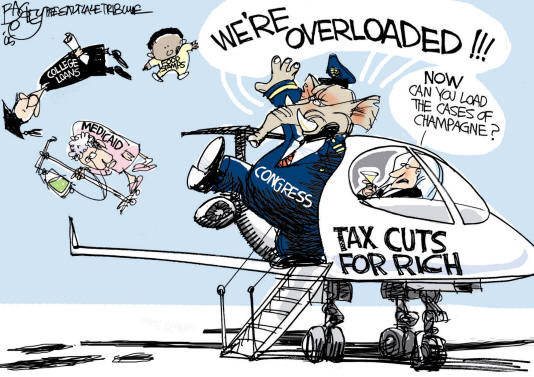 Our elected leaders in Washington are continuing the discussion of intense budget cuts ahead of the August 2 deadline to raise the debt ceiling. Virginia members of Congress are key players in the process and will have a say in what, and how much, is cut from the budget. Senator Warner is on the bi-partisan “gang of five” committee and will have considerable influence over the budget process. And just today, Representative Cantor pulled out of Vice President Biden’s deficit reduction talks because,while he supports cutting vital programs like Medicare and Medicaid, he refuses to even talk about raising taxes on the wealthy.

But the question remains: are we really looking at all of our options? Many members of Congress like Representative Cantor are looking towards cutting programs for the poor and middle class but will not even consider asking the wealthy to pay their fair share.

One of the largest programs on the chopping block is Medicaid. There is a lot of misinformation about what Medicaid provides, costs and who the program serves. Please take a moment to learn the truth about Medicaid in Virginia and forward this to five friends.

2.) Medicaid is cost effective. The cost growth is the lowest of any major coverage program. The per enrollee cost growth in Medicaid is only 6.1 percent compared to Medicare at 6.9 percent, private health insurance at 10.6 percent, and monthly premiums for employer-sponsored insurance at 12.6 percent. Medicaid is a program that is most in demand when the country is experiencing economic difficulties. (Kaiser)

3.) Medicaid is the largest single source of federal funding to the states, bringing $3.5 billion in federal funds into Virginia in 2009. The Affordable Care Act will expand Medicaid coverage of the poor with federal money, bringing in even more. (Jost Op-ed)

4.) Almost half of the money in the Virginia Medicaid program pays for the care of disabled persons, another quarter for the elderly. More than a third of Virginia Medicaid funds pay for long-term care, mainly nursing homes. (Jost Op-ed)

5.) Twenty percent of Medicaid expenditures go for children, who in fact make up more than half of Virginia Medicaid recipients. Less than 10 percent of expenditures are for able-bodied adults, and almost a third of these adults are pregnant women. Only five states in the country have more stringent financial eligibility requirements for parents. (Jost Op-ed)

6.) Medicaid cuts=job loss. A vicious cycle is started when federal Medicaid spending is cut. Medicaid spending cuts ultimately stifles business activity and jobs across all sectors of the economy, not just the health care sector. According to a new report by Families USA, a 15 percent cut in Medicaid would put 25,680 Virginia jobs at risk along with potentially losing $3,051,472,000 in business activity. (Families USA)

9.) Proposed block grants would not save money. Governor Bob McDonnell says Virginia could design a better Medicaid program with a block grant. The governor suggests that privatization could reduce costs, but almost two-thirds of Virginia Medicaid recipients are already in managed-care plans, and there is evidence that private for-profit managed-care plans cost more and provide lower-quality care. (Jost Op-ed)

10.) You can take action to protect Medicaid. Virginia members of Congress, especially Senators Warner and Webb and Representative Cantor, will have a large say in what, and how much is cut from our budget. Let them know that we should not make drastic cuts to Virginia’s already lean Medicaid program. Let them know that we have other options like ending the Bush Tax Cuts and asking the wealthiest 1 percent to pay their fair share.