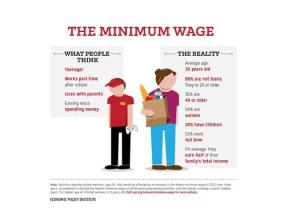 Va. – The retail employees ringing up those last-minute purchases deserve better than losing their hours in a few days, according to those workers and union groups. Organizations such asWorking America say many of today’s retail and service jobs are so unreliable that it makes it hard for the workers to get by and support their families.

That was the experience for Jim Parsons. After losing his white-collar job in the recession, he took what was supposed to be a 20-hour-a-week retail job at a mall. Parsons says it was fine before Christmas.

“But after the holidays were over, hours were cut back drastically and I was getting five or six hours a week,” he says. “Not even a full eight-hour shift. There’s no planning for the future under those conditions.”

According to Working America, retail and fast-food workers often have their shifts canceled a few hours before they start or they are called in to work at the last minute and have to struggle to find child care or transportation. Brianna Halverson, Minnesota state director of Working America, says that kind of insecurity defines many of the jobs being created now. But, she says, it’s possible to make it so those employees can make lives for themselves and their families.

“Jobs are being created but they’re in the service and retail industry,” Halverson says. “Having earned sick days, having employers passing fair scheduling standards so people know how many hours they’re going to be working, that’s going to make these jobs better.”

Sometimes employers justify low-wage job rules by saying those are entry-level positions, that the workers can expect to move up over time. But Parsons says they’re more like a dead end that’s tough to escape. He’s gotten better work, a union job driving a school bus and a steadier position as a telemarketer. But he says when he was in the retail world it was impossible to save and plan for the future.

“It’s really hard to move from a job like that to a better-paying job,” Parsons says. “The competitive environment is such that people really face a difficulty climbing that ladder. The rungs have been competitively removed.”