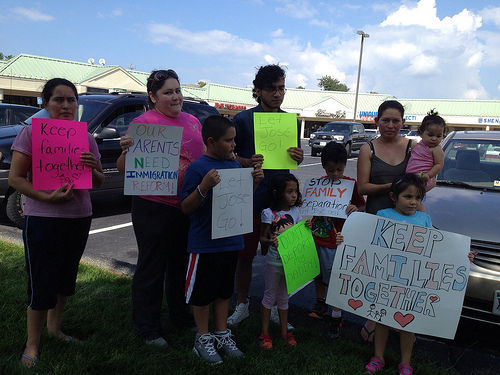 Those of us who work with refugees and immigrants are dismayed by the inability of Congress to find agreement on the basic issue of immigration reform. Most everyone agrees that the system doesn’t work. The Senate came up with a bipartisan, comprehensive reform bill to help solve the problem, but the House drew a line in the sand and refused to consider it.

The Senate legislation does not contain everything that either side of the debate wanted, but it is a compromise that has important points for both sides. The bill requires an increase in border security and offers a path to citizenship for the 11 million undocumented workers who are living and working in the U.S. — a major issue in the debate.

Roanoke’s Rep. Bob Goodlatte, a longtime immigration lawyer and a key player in the immigration debate as chairman of the House Judiciary Committee, agrees that the nation has an immigration problem, but he opposes the citizenship path, and he wants a step-by-step approach to reform, denying refugees the rights they expect in a free country. His piecemeal approach undermines the compromise in the Senate bill and efforts among some House members to come up with the best possible, comprehensive immigration reform plan.

I know Bob Goodlatte is a decent man. I urge him to play a positive role in bringing about the comprehensive immigration reform that is so badly needed. If the legislation is not comprehensive, it won’t work. Goodlatte has said many times that he wants to get the reform right. Why can’t the House work with the Senate to get it right?

Immigrants have been a significant part of the workforce and the community in the Roanoke Valley and across the state for centuries. Most came without restrictions. Unless we are Native Americans, all of us have origins in other countries. In the last 30 or 40 years, many refugees have fled their native countries to the U.S. for economic and political reasons. Here they work hard, pay taxes and contribute immeasurably to their community, but the threat of deportation hangs over them if they don’t have the right, expensive credentials.

As more people learn about the economic impact of documented and undocumented foreign-born workers, public opinion is leaning toward the need for reform of this system. More than 400 people supported reform at each of two recent rallies in Harrisonburg. A Virginia Immigration Poll of 500 people in June found that 32 percent strongly support and another 31 percent somewhat support bipartisan immigration reform legislation — for a total of 63 percent. On the question of fixing the immigration system this year, 86 percent said it was very or somewhat important. The survey was conducted by the Alliance for Citizenship, Partnership for a New American Economy and Republicans for Immigration Reform.

While many of us “welcome the stranger” because we believe it is the right thing to do, immigration reform also is a justice issue, as my friend, the Rev. Gene Edmunds, a Presbyterian minister and a veteran advocate for those without power, has pointed out. She said, “All faith traditions call us to standards of justice and mercy, and yet for undocumented immigrants and their families, our current system offers neither.

“Families live in fear of being separated by deportation, their promising youth are denied access to higher education opportunities, and their workers, who pay taxes and on whose productivity we depend, are denied a pathway to citizenship. People of faith know better than to be satisfied with such a cruel and unjust system. Let’s stand together and insist that Congress legislate an American system ‘with liberty and justice for all.’ ”