Home » The Issues » Economic Justice » “It’s not me, it’s you.” Breaking up with the big banks. 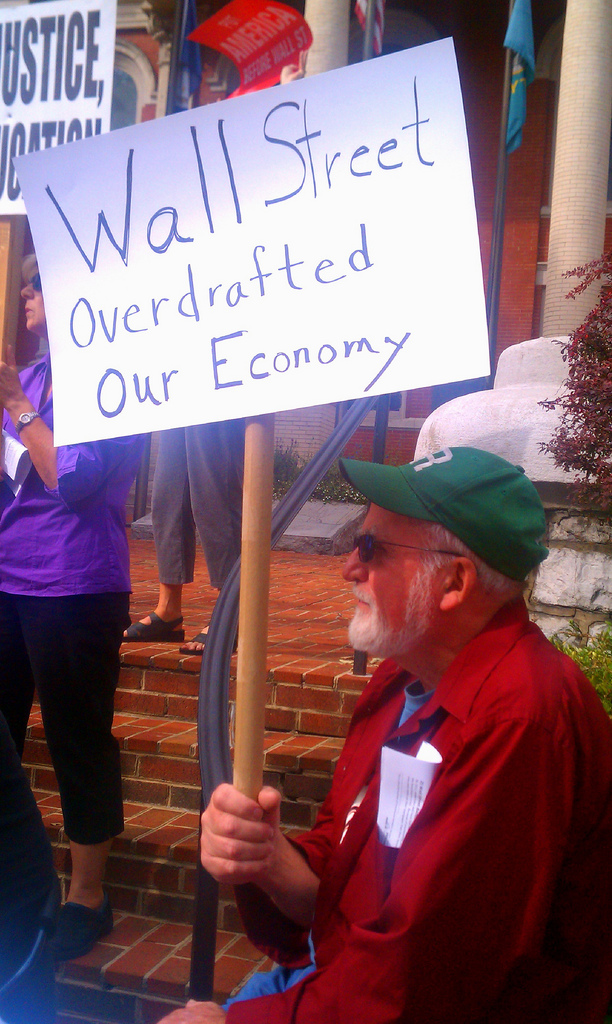 Wall Street and the big banks crashed our economy, destroyed jobs, caused millions to lose their homes, bankrupted city and state budgets and refused to pay their fair share of what it will take to rebuild our economy. So, why should we continue to give them our money? We can vote with our feet on this one.

It’s time to ante up.

Virginia Organizing kicked off a statewide “Take it Back” big bank divestment campaign last week and we’re encouraging everyone to close their big bank accounts and move their money to smaller banks and credit unions.

In the coming months, the other 99 percent will come together through the New Bottom Line to take our money out of the big banks—Bank of America, JP Morgan Chase, and Wells Fargo.

Join us in telling the big banks: No more profiting off of millions of illegal foreclosures.  No more billions of dollars in taxpayer funded bailouts. No more hoarding over a trillion dollars while our communities crumble and good jobs disappear.  No more stealing our democracy with corporate money in politics.

We will continue to “Take it Back” until the Big Banks:

Stabilize the Housing Market and Revitalizing the Economy: Reduce principal for all underwater homeowners to current market value. This would end the foreclosure crisis, reset the housing market, pump billions of dollars back into the economy and create over one million jobs a year.

Invest in American Jobs:Stop sitting on their more than one trillion in cash reserves that could be invested into small businesses, the primary vehicle for job creation in the US, as well as into additional job-generating investments.