Home » Chapters » Fredericksburg » Like not breathing in lead? Thank the EPA. 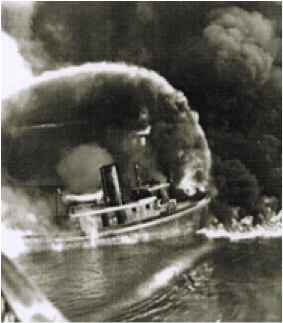 From presidential hopeful Mitt Romney to  Rep. Cantor, conservative politicians want to gut the protections that keep our families healthy and hold reckless companies accountable – all under the guise of creating jobs. When they say they want to "cut regulations," they mean give big business carte blanche to do whatever they want.

Opponents of common-sense safeguards have been repeating the same rhetoric for more than a century, but the fact is that the benefits to our economy far outweigh the costs.The truth is that they don't want you to know about the toxic chemicals polluters are putting into our food, air, and water. And they don't want to make polluters pay to clean up their mess or cover your medical care when they make you sick.

No agency has come under more fire from conservatives than the Environmental Protestion Agency, EPA. Check out this factsheet on the EPA. When you're sitting at Thanksgiving dinner and your Uncle Lou talks about ending the EPA, you can remind him that the water he is drinking is safeguarded by the EPA and that this agency was put in place by the (hardly-liberal) Richard Nixon.

Fire! on the Cuyahoga River

The water we drink—Early actions

The air we breathe—Early action