Home » The Issues » Health Care » Make Your Voice Heard. We will not be denied health care!

Make Your Voice Heard. We will not be denied health care! 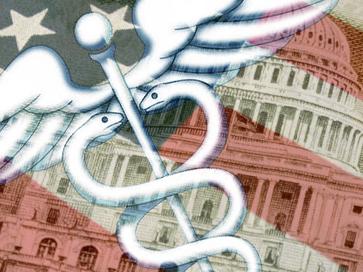 In October we spoke out in front of the U.S. District Courthouse in Richmond against Attorney General Cuccinelli’s and Governor Bob McDonnell’s attempts to block the health care law. Virginia residents made a powerful statement in front of the courthouse and explained that if the Attorney General’s lawsuit is successful, they could lose their health care. Click here, here and here to see some of the footage.

In spite of Attorney General Ken Cuccinelli’s and Governor Bob McDonnell’s attempts to block health care reform, the administration is making efforts to implement the new health care law. The Governor and Secretary of Health and Human Resources Bill Hazel created the Health Care Reform Initiative to implement reform on the state level.  Since the Council itself doesn't have a designated consumer representative, this committee is your best chance to make your voice heard on what you'd like to see happen in Virginia's implementation of reform.

Virginia Organizing leaders have been making their voices heard in person at VHRI public comment periods and by email. If you would like to make your voice heard please email Cindy Jones (the Initiative's director) at vhri@governor.virginia.gov. Please let her know:

·             I have great hopes for the Virginia Health Care Reform Initiative and its six working groups.  I ask that you examine each aspect of our health care system and work to make quality affordable health care accessible to all Virginians.

·             I ask that you recommend that the Governor and his administration implement the PPACA act fully and quickly so that all Virginians receive the benefits of the law.  I also ask that you go above and beyond the law to find creative ways to continue to address issues of cost and inaccessibility in our current health care system.

·             Finally, I ask that you work to include everyone’s voice in the process by holding meetings at times and locations where working people can attend them, by providing clear channels for public input, and by soliciting opinions from as diverse a range of people as possible in the state.