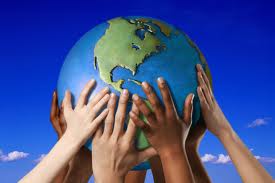 Not long ago I wrote about offshore drilling. This is a huge and very critical issue which cannot receive too much attention — especially since one of the proposed sites is the Atlantic Ocean right off OUR shore!

In fact, it was just July 2 that a conference, drawing a few politicians and a panel of experts in various environmental fields, was conducted at Old Dominion University and had a good turnout.

The benefits and disadvantages of this procedure are fairly well known. So, if you are opposed to offshore drilling you have until January 20, 2017, President Obama’s last day in office, to voice your objection. President Obama has it within his power to reinstate a moratorium on Atlantic drilling. It’s interesting to note that the Pacific Coast and the North Atlantic are left out of this five- year drilling program because their officials railed very loudly against it.

There is a video entitled “Pathways to the Abyss,” produced by the very governmental agency driving this drilling movement, which showcases the deep water marine habitats of two mid-Atlantic canyons (one called the Norfolk Canyon).  The video highlights the biologically rich deep-sea areas never before seen, harboring 125 species of fish and a high density of corals. The video can be found at BOEM’s website at www.boem.gov.

Voice your objection to offshore drilling by emailing or writing our president, our governor and members of the Virginia Beach City Council (which passed a resolution supporting the drilling in 2009).