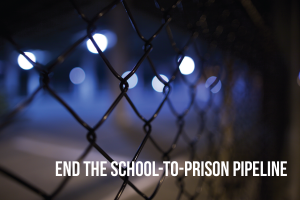 Published by The Roanoke Times

Roanoke nearly cut in half the number of black students who were referred to police last year because of a disciplinary incident, proud administrators told the school board Tuesday.

The district also celebrated a decrease in the number of out-of-school suspensions. Both achievements are the result of intentional efforts by school and law enforcement officials to proactively address student misbehavior before it merits suspension or referral, director of school counseling Hayley Poland said.

“It’s a constant conversation,” she said, adding that it’s also the district’s duty.

Officials locally and statewide have focused on the issue because of increased awareness to the harmful effects of disciplinary action that disproportionately removes minority students from the classroom.

In Virginia, reducing exclusionary discipline in schools is one of the Children’s Cabinet’s top priorities. The Children’s Cabinet was asked to focus on the issue after a 2015 article by the Center for Public Integrity showed the state leads the nation in referring students to law enforcement.

Earlier this year, Roanoke’s rate of out-of-school suspensions drew the attention of the Virginia Legal Aid Justice Center’s JustChildren program, which said the district had one of the highest rates of short-term suspensions in the state, based on data from 2010 to 2015.

In August, the Roanoke School Board made reducing discipline disparities and out-of-school suspensions a priority for the coming year.

During the 2015-16 school year, black students in Roanoke were both suspended and referred to law enforcement at a higher rate than their peers, despite the district’s success in lowering those rates.

Black students made up about 44 percent of the student population but accounted for nearly two-thirds of all suspensions and about 57 percent of all referrals to law enforcement.

Suspensions declined last year, but referrals to law enforcement declined more substantially. Since the 2011-12 school year, Roanoke has cut the overall number of students referred to police nearly in third.

In Virginia, state law requires schools report certain types of disciplinary incidents to police. A referral doesn’t necessarily result in a juvenile petition or criminal record for students, but nationally, referrals have been criticized because they expose students to the criminal justice system.

Last year, the district imposed new guidelines for principals aimed at reducing the number of overall suspensions, including requiring principals to justify in writing any suspension longer than 10 days.

This year, the district is introducing a new strategy in its middle schools called restorative justice. The technique is an alternative to traditional disciplinary action that’s been used to success in Fairfax County and Richmond schools.