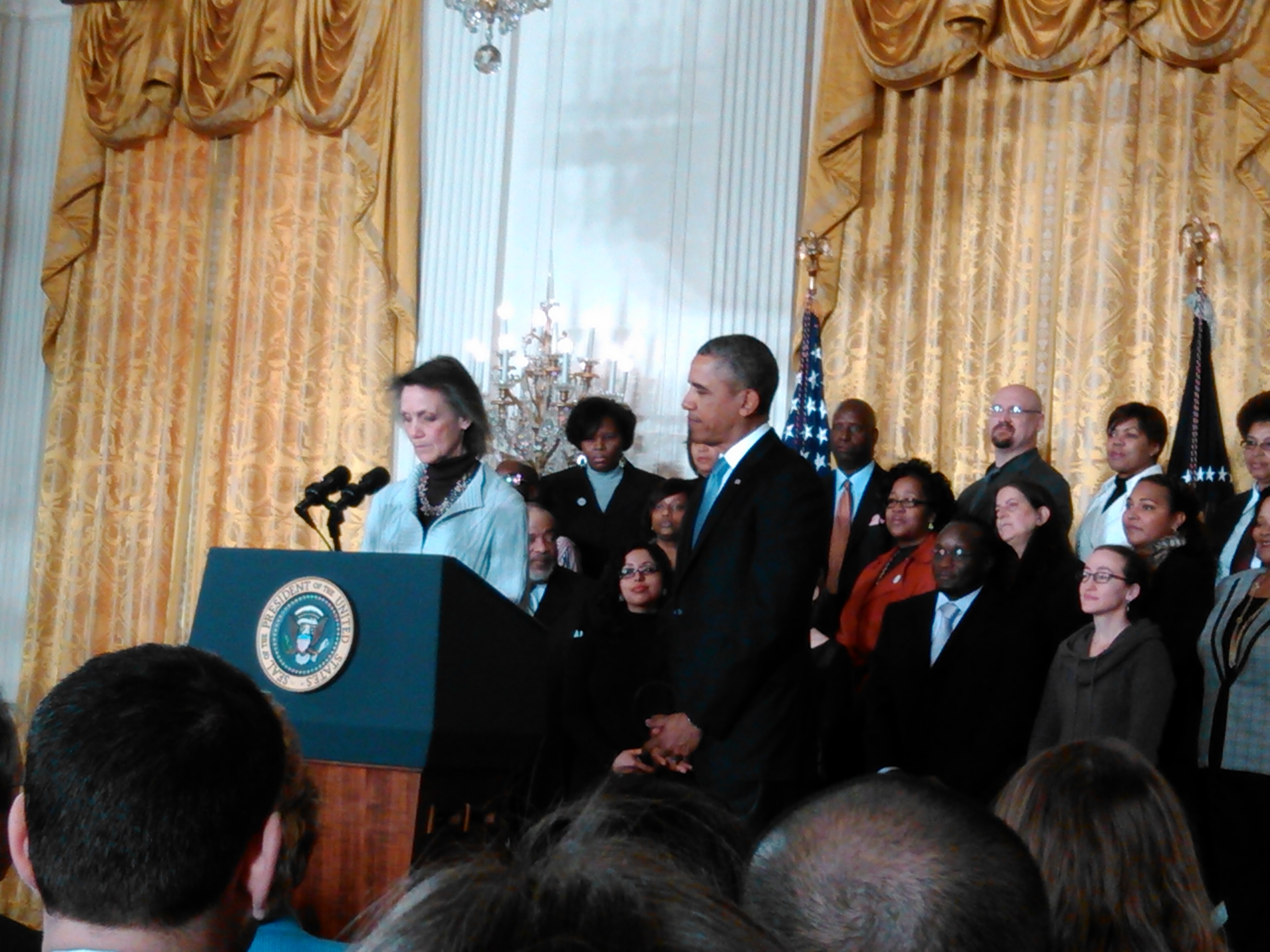 Ten Virginia Organizing leaders and members traveled to Washington, D.C. on January 7 to participate in President Barack Obama's press conference about the need to extend emergency unemployment insurance for the long-term unemployed.  They travel from Danville-Pittsylvania County, Henrico and Charlottesville.Thomasine Wilson, a Virginia Organizing State Governing Board member, and Ann Friend Clark, an Albemarle County resident who is an unemployed art teacher, were on the stage with the President and got to meet him prior to the event.

"Unemployment insurance is crucial. It's a crucial amount of money to just barely keep you going,” Clark said.  Clark is one of the 1.3 million people whose benefits recently ran out and are hoping that Congress will extend them.  "I've been on unemployment for a year so it's pretty shocking to be dropped off of unemployment right at Christmastime,” Clark said.

“There's 1.3 million people that would be losing these benefits but if affects 9 million people when you consider the families and dependents of these unemployed citizens. So it's critical,” said Pat Hommel, a member of Virginia Organizing.