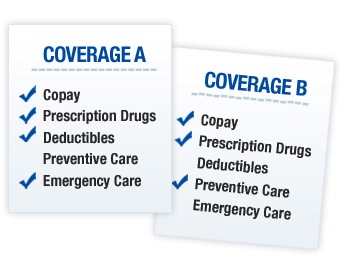 Since October 1, almost 2 million people have signed up for health insurance in the federal and state Health Insurance Marketplaces.  Sign-ups surged in December once the federal website began working efficiently.  In addition, at least 4 million people signed up for Medicaid in the same period.  Most of these 4 million gained coverage under the Medicaid expansion provisions of health care reform.  Plus, 3 million people under 26 are on their parents’ health insurance.  So, about 9 million people are benefitting from health care reform already.  Healthcare.gov is the website to sign up or get more information about options.  Or you can call 1-800-318-2596.

Open enrollment on the Health Insurance Marketplace lasts until March 31, 2014. The penalty for an individual not having insurance kicks in if a person goes without insurance for more than three months of a year. The administration has announced that if folks have purchased insurance by March 31, and keep it all year, they will not be fined even though their coverage might not begin until April 15.

As health care reform was planned, Medicaid expansion should have made up about one-half of the total expansion in health insurance coverage.  Since the U.S. Supreme Court ruled that expansion is an option, many states (like Virginia) have chosen to put off expansion.  Because of the way the law was set up, most of the folks who would have benefitted from Medicaid expansion cannot get a tax credit to purchase health insurance in the Marketplace.  These people will continue to be completely without health care coverage.  In Virginia 400,000 people could suffer this fate.  In addition, expansion of Medicaid would bring $2 billion in federal dollars into the state each year, creating an estimated 30,000 jobs.  Medicaid expansion will be a major issue in the General Assembly session that starts this week.

See http://virginiageneralassembly.gov/ for information on the General Assembly, including who your state Delegate or Senator is.

The Virginia General Assembly starts its 2014 session tomorrow.  The state legislature will meet from now until March 8 in Richmond.  While Medicaid expansion will be a major issue, it will not be the only health care reform legislation considered.  We know that the General Assembly will discuss setting up a state based Health Insurance Marketplace, and other legislation may be introduced as well.

Since we know that something related to health care reform will be coming up in this year’s state legislature, we are planning two lobby days to allow small business folks to talk directly to our elected leaders.  We have decided onJanuary 15 and February 19 as the two days for small business lobbying.  Mark your calendar now and plan to join us.  Spending a day in the legislature is a real education and we can make a difference!