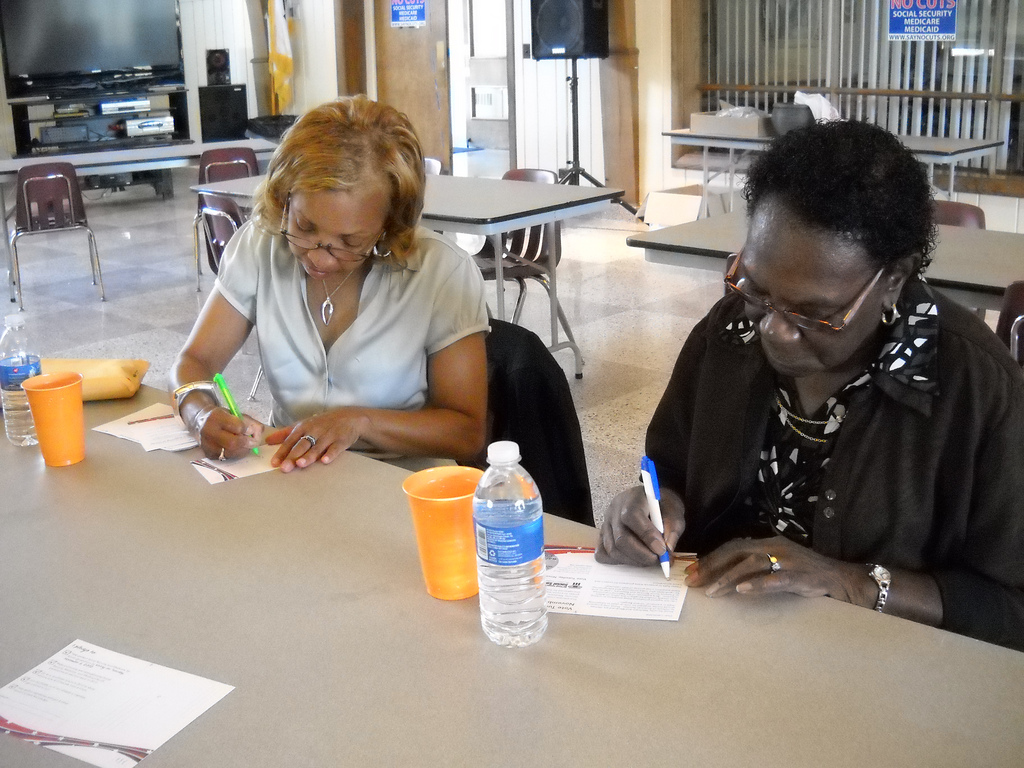 On December 18, local members did fiscal cliff caroling at Sen. Webb's office and outside the church before a forum to talk about Medicaid expansion. The forum featured one of the "nuns on a bus" Sister Mary Ellen Lacy.

On December 20, local members attended a Richmond rally concerning the federal budget. Three Virginia Organizing members spoke at the rally and one member served at the MC. Speakers were interviewed by the media. Kevin Wilson, small business owner from Richmond, spoke about opposing efforts in Congress to pass a really bad solution to the "fiscal cliff" situation. Kevin spoke at the rally as a businessman and father, and after the rally was interviewed holding his youngest son in his arms.