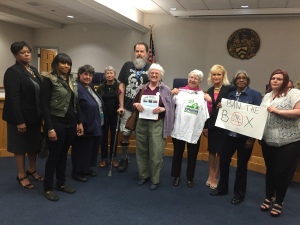 The “ban the box” movement seeks to eliminate questions about criminal history on job applications, though it doesn’t prohibit employers from asking about convictions or making background checks.

“This policy would eliminate unnecessary barriers to employment for all job seekers and would give individuals re-entering the workforce the opportunity to apply for work based on their current merits rather than past wrongdoings,” said the letter signed by Warner and Kaine.

The senators asked that the criminal-history question also be eliminated in applications for contracting jobs.