Home » The Issues » Budget and Tax Reform » Shreve: A Primer on Debt and Deficits

Shreve: A Primer on Debt and Deficits 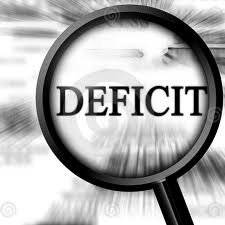 “The national debt, if it is not excessive, will be to us a national blessing.”

Authored by David Shreve. Mr. Shreve is an economist based in Charlottesville and works with Virginia Organizing and the Tax Fairness Organizing Collaborative on progressive tax reform issues.