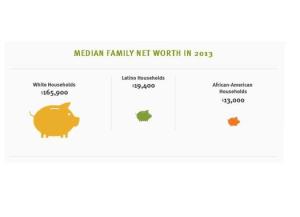 Working families in Virginia are having a hard time building up even a small financial cushion.

But the authors of a new policy brief say simple steps could make a huge difference.

But she says minor policy shifts could make long lasting changes, especially for the children.

“Saving, both for short-term emergencies such as a car repair, but it’s also saving for long-term aspirations like post-secondary education or chances that will change their kids’ lives,” she explains.

According to the brief, small changes, such as letting families keep more savings without losing government benefits, can help build financial stability and reduce the need for government help.

But according to Woo, when Virginia raised the savings limit for Temporary Assistance for Needy Families, the number of families receiving benefits actually declined over time.

Woo says the Casey Foundation looks to the state’s congressional delegation to press for some small, specific changes in national policies.

Woo recommends bringing more people into the federal starter retirement account MyRA. And she says universal savings accounts started with small deposits at birth can cut the racial wealth gap by half.

“The racial wealth gap is growing, and that’s putting children of color at a huge disadvantage,” she maintains. “Policies that make it easier for families to save can go a long way toward helping children have better futures.”

Woo says even a very small amount of savings can make a lot of difference, keeping families from getting stuck on the debt treadmill of high-interest payday loans.

“The typical amount borrowed from a payday lender is about $500,” she points out. “It is, in lots of ways, a very thin margin between what can keep a family from going into debt and being stable.”