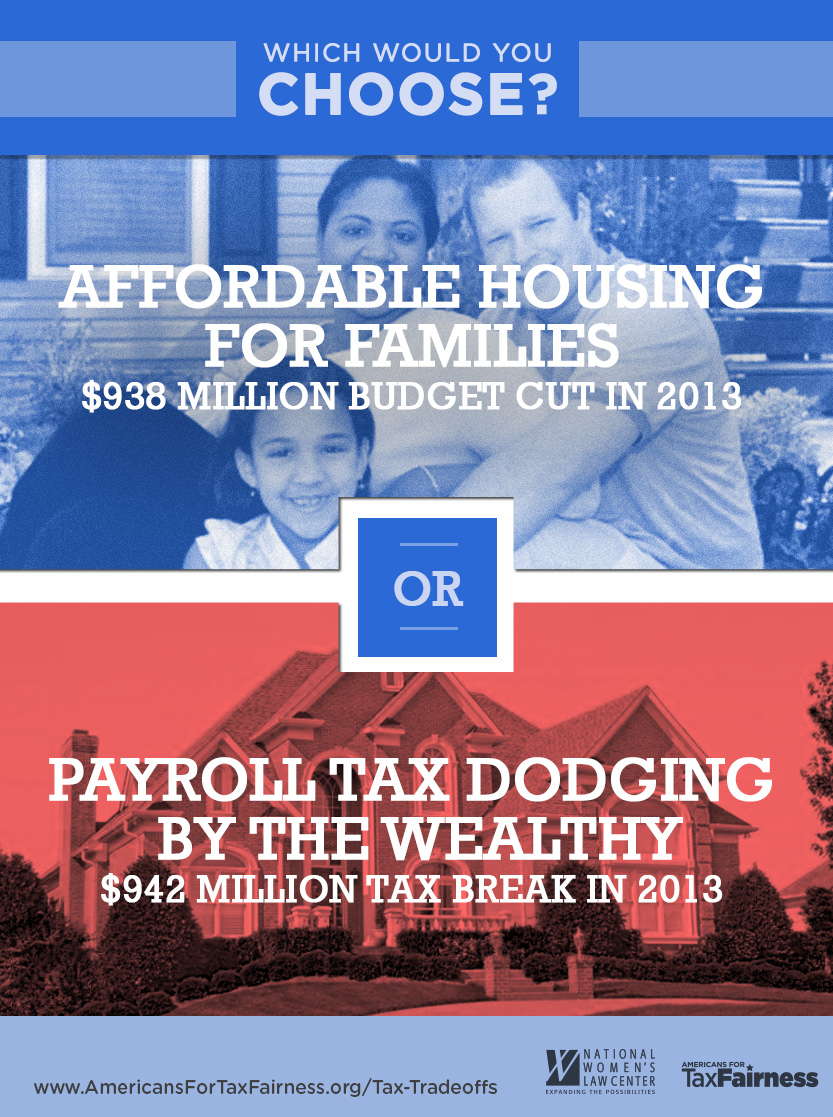 There’s no disguising the effects of homelessness: Families struggle to stay together, children suffer at school, and people can’t contribute fully to their communities. But it is easy to disguise huge salaries so that they’re not subject to payroll taxes, if you can take advantage of the “S” corporation loophole. By closing that tax loophole, we could open the doors on tens of thousands of new homes for families that need them.

Housing Choice Vouchers subsidize the rent of low-income Americans for apartments they find on the open market. They are a key tool in the nation’s fight to end homelessness. About $3 billion has been chopped this year from the nation’s housing programs by the across-the-board budget cut known as the “sequester.” Tenant Based Rental Assistance—the program that administers the housing vouchers—has been hit hard. Next year up to 140,000 families will be denied vouchers, and thus the chance for a decent home. 2013 Budget Cut: $938 million (p. 31).

Wealthy lawyers, lobbyists, entertainers and other professionals (including former politicians like Newt Gingrich and John Edwards) can weasel out of contributing their fair share of taxes. They mask their salaries as profits from a dummy corporation. By channeling their work earnings through an “S” corporation, they claim it’s “unearned income.” This lets them skip out on their payroll taxes, including the 2.9 percent Medicare tax other working people pay. 2013 Tax Loophole Cost: $942 million (p. 7, Item 3).