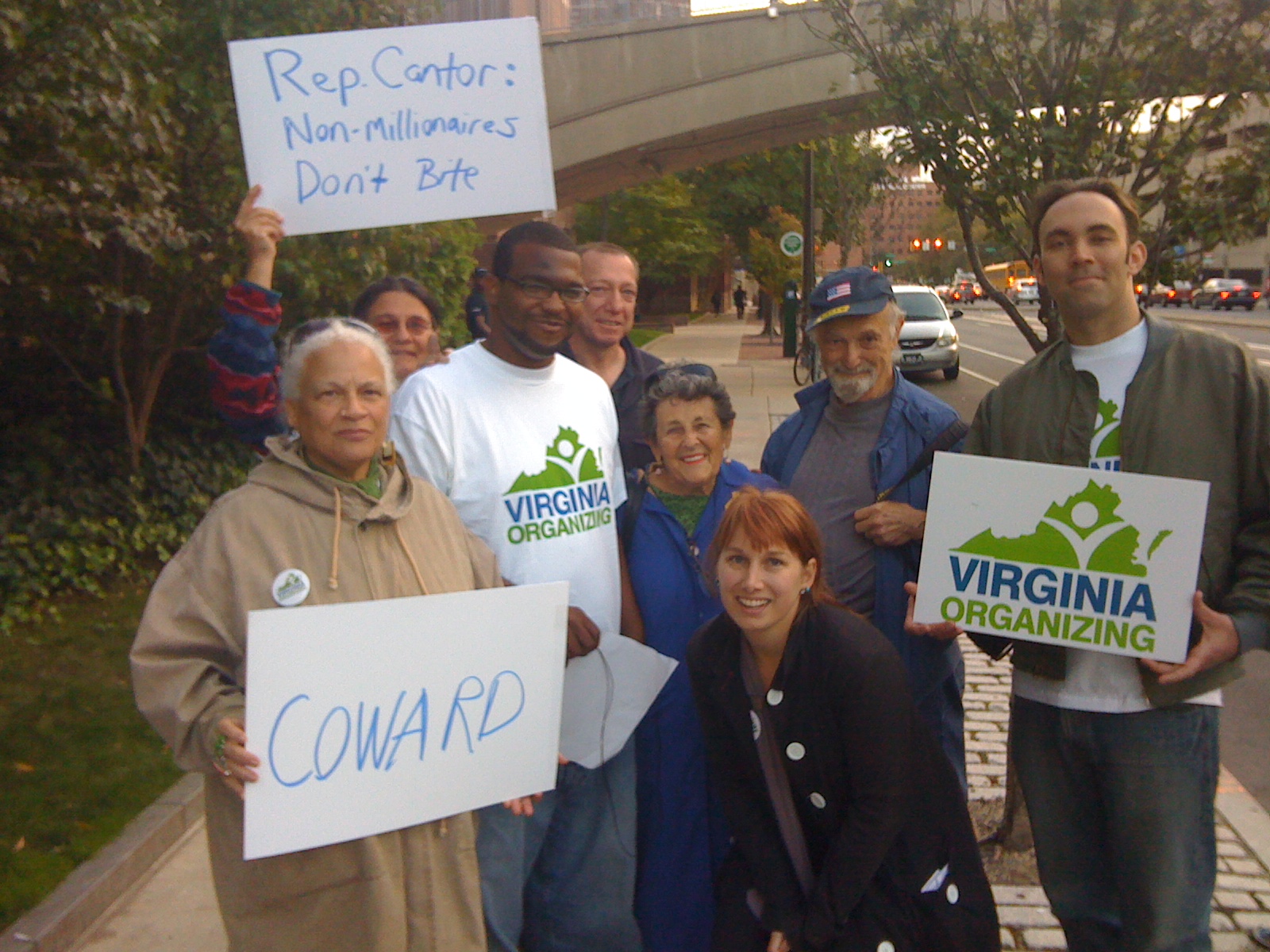 Have you heard about Representative Eric Cantor canceling his speech is Philadelphia?

As you know, Rep. Cantor rarely holds public meetings and it’s clear that he cares a lot more about meeting with his wealthy donors and corporate lobbyists, than hearing the concerns of his constituents. So yesterday Virginia Organizing members drove 300 miles to Philadelphia to attend a protest outside where Rep. Cantor was speaking at the at the University of Pennsylvania.

After getting word that he would be greeted with 500 protesters, Rep. Cantor abruptly canceled the speaking engagement at the last minute.

Rep. Cantor refused to speak at an event because the audience was not hand picked and he would have to deal with people he previously deemed “a mob.” He skirted his obligation as one of the highest-ranking members of Congress to deal with all Americans, not just the ones who agree with him. And then he lied about his reasons for canceling the event.

Rep. Cantor claimed that UPENN changed the attendance policy of the event and opened it to the public at the last minute.

This is simply not true.

UPENN spokesperson Ron Ozio said in a statement that Wharton’s speaker series is “typically open to the general public, and that is how the event with Majority Leader Cantor was billed. We very much regret if there was any misunderstanding with the Majority Leader’s office on the staging of his presentation.”

Regardless of Rep. Cantor’s reasoning for avoiding the other 99 percent, we know we have him running scared. And we had a great time in the process!

We know that Rep. Cantor is not telling the truth about why he canceled the event but as our friends at Keystone Progress said, “We forced one of the most powerful people in the world to cancel his speech.”

We consider this a huge victory and are thrilled Virginia Organizing was a part of it!