Home » Media Releases » Will Eric Cantor Be Fundraising Around His Income Inequality Speech?

Will Eric Cantor Be Fundraising Around His Income Inequality Speech? 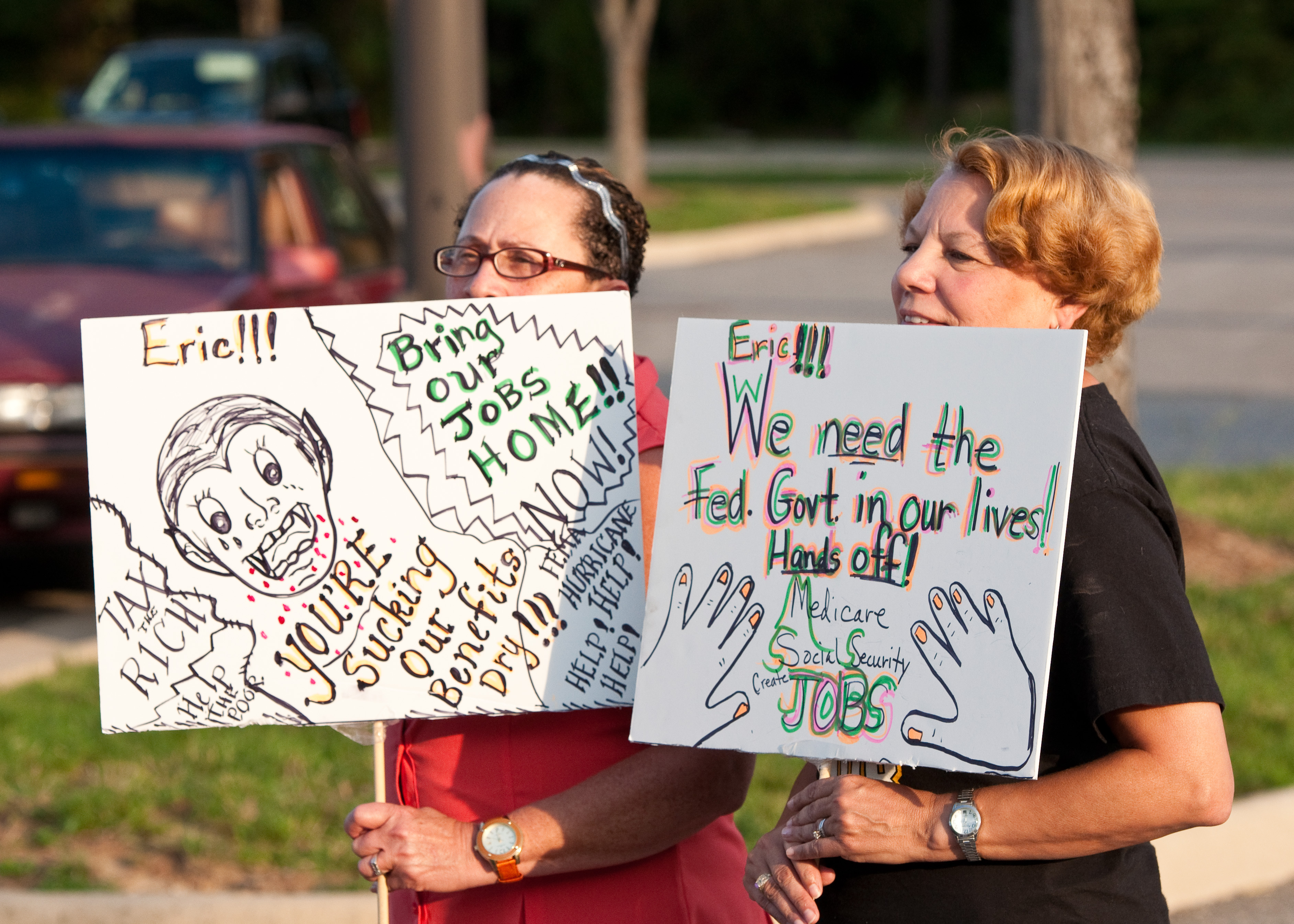 “Virginians had to travel 300 miles to see their Representative Eric Cantor in Philadelphia today because he refuses to hold public forums and meet with his constituents. Rep. Cantor’s fundraising numbers show that he is much more concerned with the interests of corporations and the wealthy than the other 99 percent. Until Rep. Cantor spends some time in his district meeting with his unemployed constituents, he has no business speaking on incoming inequality in Philadelphia,” said Ladelle McWhorter, board member of Virginia Organizing.

In 2011, Cantor and his leadership PAC have raised at least $1 million in campaign contributions from the finance, insurance, and real estate (FIRE) sector, according to Public Campaign Action Fund analysis of data from the Center for Responsive Politics.

In 2010, Cantor told prospective donors on Wall Street that banking and investment managers ought to have “buyers’ remorse” for their past giving to Democrats because the Democrats were planning to move an agenda that included financial regulations. Second quarter filings that year showed that the pitch worked

“If Eric Cantor is concerned about income inequality, he’ll start spending more time in the living rooms of everyday Americans struggling to get by and less time in the boardrooms of big banks,” said David Donnelly, national campaigns director of Public Campaign Action Fund.

Virginia Organizing is a statewide grassroots organization dedicated to challenging injustice by empowering people in local communities to address issues that affect the quality of their lives. Learn more at http://www.virginia-organizing.org/.

Public Campaign Action Fund works to hold elected officials accountable for the favors they do for special interest donors and fights to pass comprehensive change in the way elections are financed. Learn more at www.campaignmoney.org.