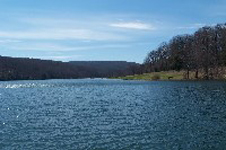 ABINGDON, Va. — Prompted by the Washington County’s decision to allow natural gas drilling, a group of county residents is preparing to monitor the community’s water quality.

The local Virginia Organizing chapter met Thursday for its first training in citizen water monitoring, which was offered via video conference by James Beckley, a quality assurance coordinator for the Virginia Department of Environmental Quality.

Karen Shaffer, a Washington County resident who has publicly opposed gas drilling in the county, said she and others wanted the Board of Supervisors to require water monitoring as part of the requirements for drilling, but because supervisors declined to apply such requirements beyond what is required by the state, it’s up to the citizens to watch over the county’s streams and rivers.

“We knew all along this is what we needed,” Shaffer said, adding that monitoring efforts will focus on the Benhams area of the county, because that’s where geologists have identified a likely source of natural gas.

The dozen people who turned out Thursday are enough to form six water-testing teams, Shaffer said, which is enough to get started.

“I like the idea of getting a baseline water quality established,” she said. “We need this, even if there’s no drilling, we need to assess our resources that we have. … And this way, the companies know we’re watching and might be more careful.”

Beckley offered a few tips and examples of materials and changes in the water that a civic monitoring group should look for. He did make a point to note that the DEQ does not have a stance or any regulatory authority over gas wells or the drilling process; the agency just monitors the water throughout the state. He said there are several citizen monitoring groups in Northern Virginia, the Shenandoah Valley and the Roanoke area, but Southwest Virginia is somewhat lacking.

“It’s important to know where you want to monitor and develop a monitoring plan,” Beckley said, adding that there are three levels of citizen monitoring, the highest of which follows DEQ standards and can be used in state reports.

He said it’s important to get baseline data for as far back as possible before a well is to be put in — a year is ideal. That way, there will be a good comparison to see if the drilling operation did affect water. Then, because the well drilling and fracking process can be done in about a month, the water should be tested frequently during that time, he said, as that’s when it’s most likely water quality would be affected.

He said groups often test for conductivity, total dissolved solids, stream gauge or depth, turbidity and a visual check of the stream or river. Two naturally occurring elements, barium and strontium, are found deep within the earth, and seeing those in the water might signal a water disruption due to Marcellus shale gas, he said.

He said it would be important for the group to establish good working relationships with agencies such as the Virginia Department of Mines, Minerals and Energy, and to develop and maintain a strong program, both for quality data and to avoid the appearance of attacking a certain company or industry.

There will be more training sessions held, said Brian Johns, director of the Southwest Virginia Organizing group. The next meeting of the group is set for 6 p.m. Dec. 16 at St. John Lutheran Church in Abingdon and will focus on broader efforts, he said.