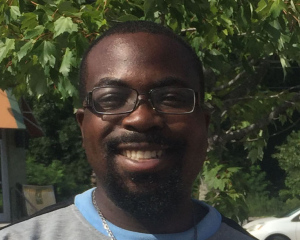 Lee Irvin first joined Virginia Organizing in mid-2015 after meeting Lynchburg area organizer Haley Wilson. Since then, Lee has worked hard to build power for change in Lynchburg and across Virginia.

“Virginia Organizing provided a great opportunity to meet a lot of like-minded people with different ideas and different passions to come together for the purpose of bettering the city,” said Lee.

Lee has facilitated planning meetings, written letters to the editor in support of “Ban the Box” campaigns, served on the Grassroots Gathering 2016 planning committee, and canvassed neighborhoods door-to-door to get new people involved in the emerging Lynchburg Chapter.

Through the work of Virginia Organizing in Lynchburg, Lee has seen real change. At the end of 2015, he and others worked to repeal a law in neighboring Amherst County that discriminated against returning citizens in employment and business.

“We sat down, made a plan, stayed open-minded to everyone’s suggestions, and ultimately made a big difference. At the end of the year, they repealed the ordinance!

“Being a part of this organization has dispersed some of the jaded feelings I had about politics and how polarized things have been,” said Lee. “We have to come together to find solutions to the problems, not just point out what’s wrong.”

Thank you, Lee, for working hard to make Virginia a more just place!