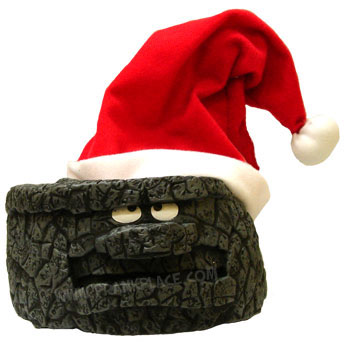 Today Virginia members of the House of Representatives including Reps. Cantor, Hurt, Griffith, Forbes, Rigell, Wittman and Goodlatte, voted against the Senate budget bill, which includes an extension on unemployment benefits and the payroll tax cut. Rep. Cantor and the House leadership went  back on their word to support the Senate bill negotiated and agreed to by Majority Leader Harry Reid and Minority Leader Mitch McConnell.

If the House does not pass the Senate legislation, or legislation similar to the Senate’s, 1.8 million unemployed Americans will lose their federal unemployment insurance benefits in January and taxes will effectively be raised on middle class families by $1,000.With 273,094 people unemployed in Virginia, the failure to extend unemployment benefits could threaten the state’s economic recovery and make for a demoralizing holiday for Virginia’s unemployed.

And who pays for the House's inaction?

Antonio Brimmer of Martinsville received an unwelcome holiday gift this year in the form of a pink slip and notice that his employer Rock-Tenn would be closing its doors on December 24. Now facing unemployment, the father of three hopes that Congress will protect the benefits that will be his lifeline until he finds another job.

“My Congressman Robert Hurt’s vote is a lump of coal for the unemployed,” said Antonio Brimmer of Martinsville.  “With unemployment as high as it is in Southside, it’s unconscionable that Rep. Hurt would vote against extending unemployment benefits and giving the middle class a tax break. Someone needs to wake these politicians up and introduce them to reality.

“The unemployed are not looking for a handout. I have been working since I was 16 years old and at age 42 have never collected unemployment in my life. But times are tougher than they have ever been and unemployment benefits are a necessary lifeline for the unemployed.”

Del McWhorter, Vice-Chairperson of Virginia Organizing added, “Millions of unemployed workers won’t be the only ones hurt if Congress fails to responsibly extend the federal unemployment insurance program through 2012. Economists estimate a loss of up to $22 billion in economic activity next year and the loss of an additional 140,000 jobs if the program is allowed to expire.

“Now House Republicans are using conference committee gimmickry to fool the public into thinking they are working hard on this before the end of the year. When in fact, most members of the House are leaving Washington tomorrow for the holiday break, unsure and clearly unconcerned whether a deal is actually reached.”