Sen. Houck is taking on CSX on rail tank cars 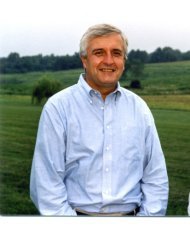 The following letter to the editor was written by Virginia Organizing member Joe Katz and was published in the Fredericksburg Freelance Star on 2/4/11.

For the past year, CSX has stored poisonous and explosive chemicals, such as chlorine gas and ethanol, in tankers parked next to the playground in Mayfield, with absolutely no regard for the safety of the residents there or in the surrounding areas.

The threat posed by these chemicals is not abstract or hypothetical. Accidents do happen, and CSX has had several cars derail over the last year. We were very lucky that those cars were hauling only coal. Had they been carrying chlorine, a deadly cloud of poisonous gas would have quickly spread out over a 14-mile radius.

CSX's negligence is especially disturbing in light of the environmental catastrophes our nation has experienced over the past year.

After BP devastated the Gulf Coast and a mine explosion killed dozens of workers in nearby West Virginia, why on Earth should it be this difficult to get CSX to take this threat seriously?

Fortunately, Sen. Houck has taken a stand for his constituents by sponsoring Amendment 448 to ensure that CSX abides by safe practices.

Please contact your state representatives and tell them to support Sen. Houck's proposal, so that we never have to deal with tragedies like the ones caused by BP and Massey Energy Co.