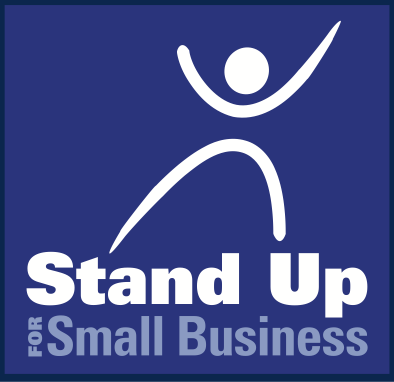 Virginia continues to struggle with Medicaid expansion.  The Virginia General Assembly is currently meeting to decide whether Virginia will expand Medicaid in some form or fashion.  The benefits of Medicaid expansion are well known — $2 billion a year in federal tax money coming back to Virginia; 30,000 new jobs; 400,000 people eligible for health insurance and a lower cost to the state of Virginia than not expanding.  The state Senate and Governor Terry McAuliffe strongly support expansion while the state House of Delegate’s is strongly opposed.

MoveOn has a SMALL BUSINESS LETTER SUPPORTING MEDICAID EXPANSION on line.  If you are a current or former small business owner, can you sign this important letter to the Virginia General Assembly asking that they pass a budget that includes Medicaid expansion?

Yes, I am a current or former small business owner.

I am not a small business owner, but I want to support this campaign.

The letter will be delivered to the Speaker of the Virginia House of Delegates, William Howell.  Contact Bob Becker at bob@virginia-organizing.org or 804-937-0752 if you are interested in joining a small business delegation delivering the letter.

Due to a surge of last minute sign ups, over 7 million people have bought health insurance on the Health Insurance Marketplace.  Combined with the 4 million people added to the Medicaid rolls and the 2 million people under age 26 added to their parents’ health plans, a lot of people are benefiting from health care reform.

The Washington Post is reporting on a Rand Corp survey that found a significant increase in employer provided health insurance.  It found that employer coverage increased by 8.2 million since September.  See: http://www.washingtonpost.com/blogs/wonkblog/wp/2014/04/08/forget-about-obamacare-exchanges-employer-coverage-is-booming-survey-finds/

The Washington Post is also reporting that a Gallup Poll just found that the percentage of Americans without health insurance just hit the lowest level since 2008, 15.6 percent  See:  http://www.washingtonpost.com/blogs/post-politics/wp/2014/04/07/percentage-of-uninsured-americans-hits-lowest-point-since-2008/

Richmond Listening Project:  The Richmond Area Virginia Organizing Chapter is doing a listening project, talking with folks about the challenges and opportunities of organizing in Richmond.  If you are interested in joining the discussion, contact Bob Becker at bob@virginia-organizing.org or phone him at 804-937-0752

The Virginia Organizing Grassroots Gathering will be held the weekend of September 5-7 in Blackstone, Virginia, west of Petersburg.  The gathering will bring together community leaders from across the state.  There will be lots of workshops and opportunities to learn about organizing on a variety of issues.

These updates are a service of Virginia Organizing.  Contact Bob Becker at 804-937-0752 or reply to this email with questions or comments.  Feel free to forward these updates!